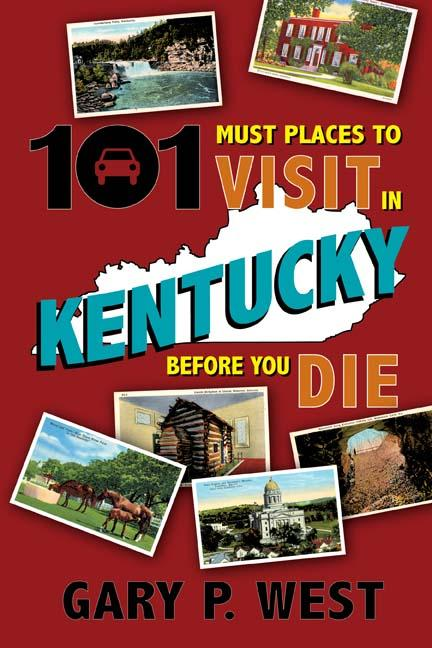 101 Must Places to Visit in Kentucky Before You Die

There is probably no other writer in the state who has written more about the fascinating people, places and things you find in the Bluegrass state. And, this compilation will not disappoint. From A for Abraham Lincoln’s birthplace near Hodgenville to Z for the Zachary Taylor Cemetery in Louisville, Gary will entertain and delight you with his knowledge and mesmerizing detail that will force you into your automobile for a cross-state adventure you’ll never forget.

In 101 Must Places to Visit, Gary West has captured enough localities to keep your travel schedule booked for years.” Bill Goodman, Producer/Host of Kentucky Tonight, One to One

“The book is well-organized by region and town. If you travel the state on a regular basis, it would be perfect to stick in the glove compartment for ready reference.” Keith L. Runyon, Book Editor, Courier-Journal

“In his years of writing for Kentucky Monthly, Gary has shown time and time again that he is a master of finding the treasure that is off the beaten path, those hidden, out-of-the-way gems, and that is evident in this book.” Stephen M. Vest, Editor & Publisher, Kentucky Monthly

A Few of the Places Mentioned

Note From the Author
Over the past several years some of my friends have said they would like to do what I’m doing: writing books about interesting places to eat and fun places to shop. I’ve replied with the much overused phrase, but appropriate, that “somebody had to do it.”

Criss-crossing the state, visiting almost all of Kentucky’s 120 counties, I have assembled 101 Must Places To Visit in Kentucky Before You Die. These “Must Places” are probably just down the road from where you live. Some are well-known attractions, others not so much. Some cost to see, while some are free. Regardless, all are worth a visit.

A book listing 101 must places to visit is a huge undertaking. However, in the end it confirms an inventory of some of the best-known and unknown places in Kentucky.

Some are historical, some entertaining, others outright fun, while a few are whimsical or even quirky. You can be sure that in these pages there is something for everyone.