JOSEPH L. CARLSON moved to the city of Lompoc in 1983 and became a volunteer for the Lompoc Police Department in 1985. Because of his background in library science, Chief Bill Brown asked him to research and document the history of law enforcement in Lompoc, since no formal history of the department had ever existed. Over the course of several years and hundreds of hours reviewing records at the Lompoc Library, Joe developed a written record of how the department has evolved through the years, culminating in this long-overdue book! 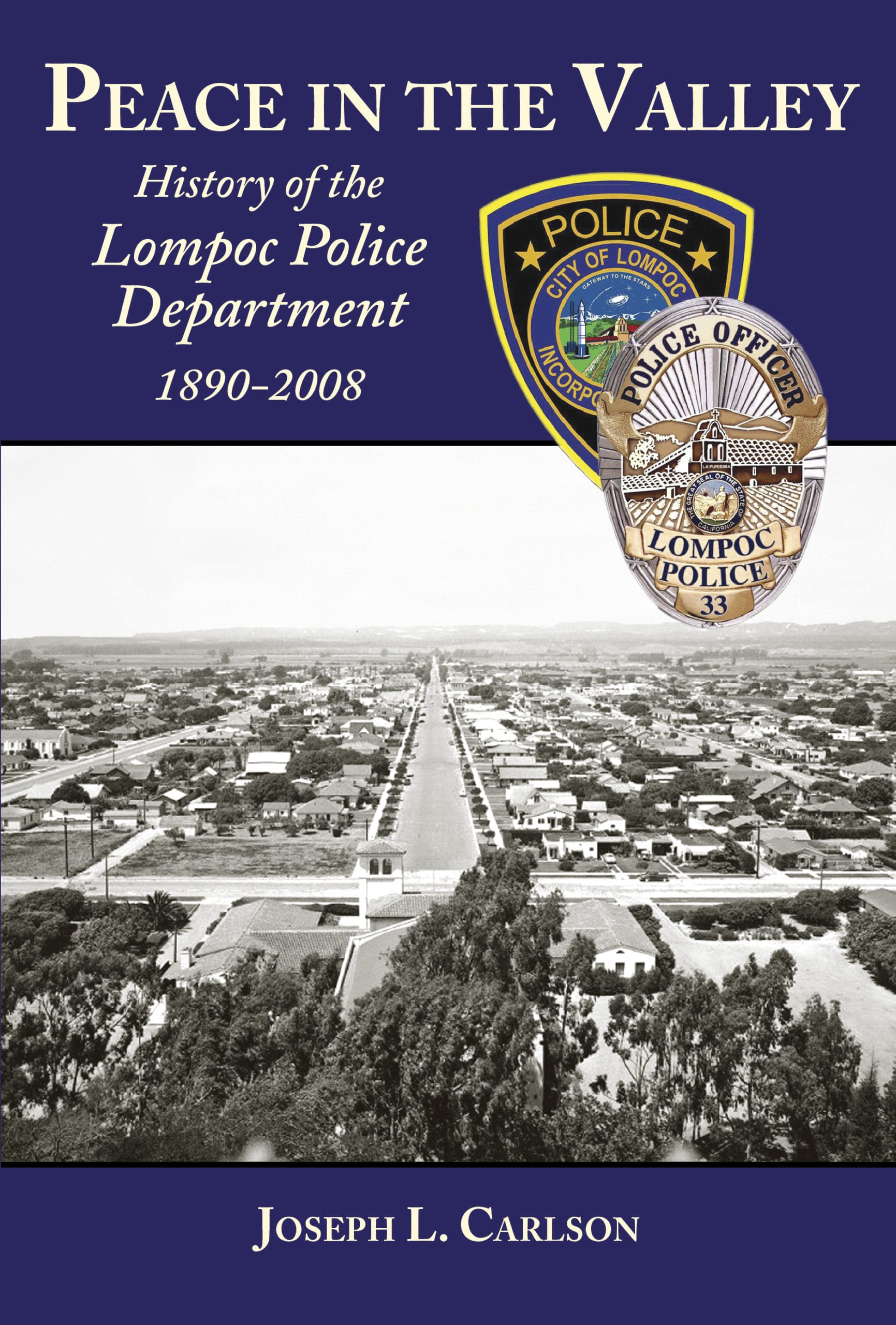 Peace In The Valley History of the Lompoc Police Department 1890-2008
Price: $