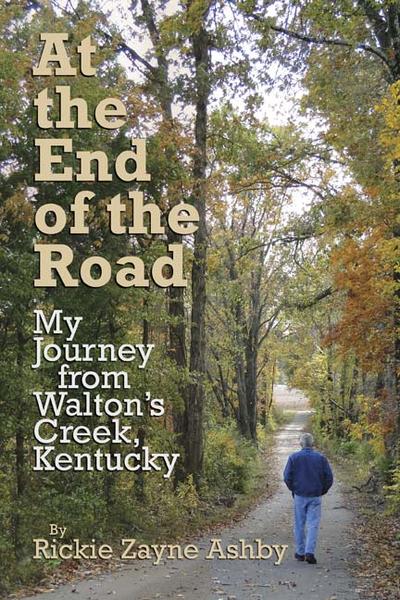 At the End of the Road

My Journey from Walton's Creek, Kentucky

Everyone has a beginning, a time filled with the simple adventures and pleasures of innocence and childhood discovery. For Rickie Ashby, the beginning was a little house in Walton’s Creek, Kentucky, and the surrounding woods and fields he called home. In his book, At the End of the Road, Ashby reflects on his childhood in rural Kentucky and his family farm. The book compares the tech savvy, fast-paced 21st century to the rural, more methodical lifestyle of the 1950s that demonstrate how the old ways are often better than modern society. At the End of the Road is a thought-provoking collection of essays that will appeal to anyone yearning for a slice of the old days, and a source of inspiration and encouragement for the younger generation. “…Rick Ashby mixes humor with serious prose in an essay collection that blends parallel strands of vernacular and personal observation, products of a lifelong contemplation of how his family’s lives have been shaped by the land surrounding the old ‘ramshackle farmhouse’ that is both center and symbol of his personal and family rural heritage.”

“…(Ashby’s) folksy register makes the book a quick read…(this book) will likely appeal to those yearning for a slice of the old days.”

“At the End of the Road: My Journey from Walton’s Creek, Kentucky” by Rickie Zayne Ashby. Morley, Mo.: Acclaim Press, 2017.

“The old church bell in the Walton’s Creek Baptist Church sounded for the last time on Christmas Day 1949,” Rickie Zayne Ashby explains near the beginning of “At the End of the Road: My Journey from Walton’s Creek, Kentucky,” his newly published chronicle of what it was like growing up in rural Kentucky during the 1950s and 1960s. “A fire demolished the structure shortly after worship services ended and the bell was ruined. …

“Our little farmhouse was located on the Billy Goat Road and not far from a tiny stream named Walton’s Creek,” Ashby continues. “The one-room school had closed a few years before my birth and left the little church as the sole anchor of the community. My Uncle Ed Ashby led the effort to rebuild the church. The fire-ravaged building was replaced with a quaint little structure and the institution it nurtures has now entered a second century of life.”

So begins Ashby’s foray into what life was like in this corner of the world for a vast majority of country folk whose descendants still inhabit the ground they made their own only a couple of generations after this region was originally settled by pioneers who were surely but steadily moving civilization across the great expanse of the United States. The book consists of 16 short chapters, each depicting a different though intricately-connected aspect of Ashby’s recollection of a way of life he describes in his conversational literary style as “disappearing.” As I worked my way through each vignette, I found myself sharing the bittersweet feeling he must have had as he poured his heart and soul into re-creating what ultimately shaped him into who he is today.

Many readers of a certain age will be able to instantly relate to what Ashby describes in “The Water Bucket,” which instantly brings back childhood memories of having to go to the bathroom at our country church building – before it had indoor plumbing: “The good old days were both good and bad. The delight of eating fresh food from one’s own garden or chicken house or hog pen was one of the good, but plopping down on a cold outdoor toilet in zero weather was not. Occasionally the only pages left in the Sears Roebuck catalog were too slick to be efficient for the task at hand. We were not always fortunate enough to have a bucket of red corncobs. My mom and dad always swore that red was the best. I have no opinion in the matter since our old privy never had any of the others.”

As you may have surmised, “At the End of the Road” is one of those mesmerizing books that can have you laughing out loud at one moment and on the verge of tears just a few pages later. The following is from “My Old Friend,” about his father’s stroke, which came suddenly as he was feverishly trying to keep his tractor running despite myriad fuel-line problems. Sometimes when we are inconvenienced or frustrated, it might be insightful to reflect on how everything is indeed relative.

“There were no ambulances available in the country during the 1950s and only a tiny country hospital. This presented a dilemma that is difficult for many today to appreciate. Our truck was parked out in a field and was essentially useless in transporting a desperately sick man. We needed a car in a community dominated by pickup trucks. My grandparents lived nearby, but Granddad had not driven in years and was in bed too sick to be of any help. My dad’s older brother had one of the few cars in the community and had driven it to nearby Centertown. Aunt Pauline started a frantic effort to find him. Getting help would have been even more difficult three years earlier when our community still lacked telephone service. There were no telephones at nearby Morrison’s Lake, where my mom’s brother was fishing. Although a truck was all he drove, we still needed his help because it would require two men to carry my dad to the car. Someone would have to walk to Morrison’s Lake.”

I could instantly identify with this description and the challenges suffered in attempting to get his father to a doctor as my great-grandfather also died of a stroke in the late 1940s. These days, we complain vociferously when it takes the paramedics more than five minutes to reach us after we call 911. It is easy to forget what our ancestors – especially those who lived in the country, as all of mine did – had to endure just a couple of generations ago.

Full disclosure: I have known Ashby for about 20 years. He had a long and distinguished career at Western Kentucky University before eventually retiring to pursue his passions of gardening and reading. When I received his email asking if I’d be interested in reading/reviewing his new book, I did not hesitate to respond. I’m glad I did. Shortly thereafter, we met at Judy’s Castle for breakfast where he told me what inspired this project and what he hoped readers would take from his experience growing up in Walton’s Creek. I was immediately struck by how comparable his childhood was to my own. There is obviously something to the bonding that inevitably takes place among those of the same generation who grew up under similar cultural circumstances.

In the final analysis, I found “At the End of the Road” to be a warm and wonderful trip through a (mostly) bygone era, albeit one that many readers can still recall with clarity. The portrait he paints of what life was like in the rural South for many of us is eerily compelling – and just a plain-old good read. Ashby is a master storyteller who knows his subject matter intimately. I finished the book with a sense that I knew his family on more than just a superficial level; it literally felt like we grew up in the same place. As you have probably surmised, I enjoyed this one immensely and I feel many readers would, too. I recommend this charming slice of Americana without reservation. 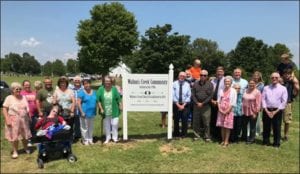 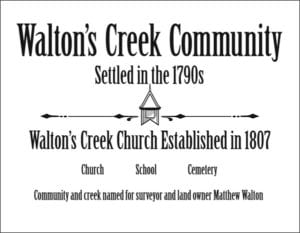 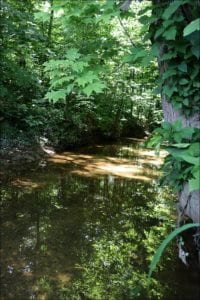 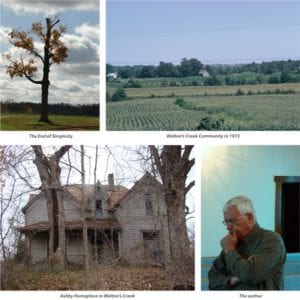