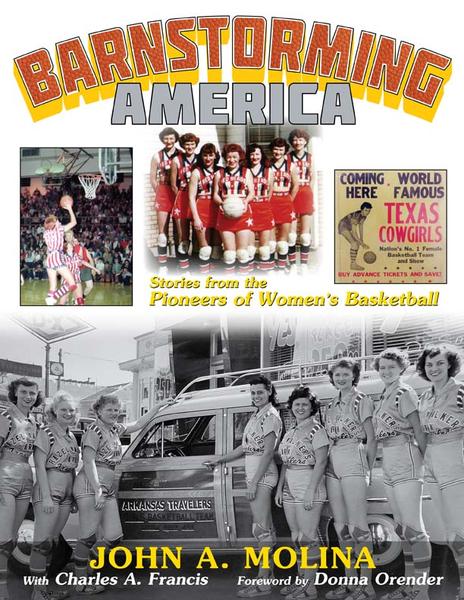 Stories from the Pioneers of Women's Basketball

In an era when women had only recently been given the right to vote and the Great Depression made jobs of any kind hard to come by, American women of the 1930s faced an uphill battle when it came to accessing opportunities to work outside the home.

About the same time, the relatively-new sport of basketball was gaining popularity in America and its schools. Girls were allowed to play basketball, too, although the rules were modified to accommodate the lack of strength, stamina and selflessness of the “weaker sex” — attributes deemed necessary to play basketball the way boys and men did. Many girls, however, excelled at basketball, to the extent that they wanted to keep playing after finishing high school. But apart from Amateur Athletic Union programs and the rare college teams, organized basketball after high school was out of reach of most women. Women’s professional leagues were still four decades away from reality.

But in 1936, entrepreneur and visionary C.M. “Ole” Olson, already in the barnstorming basketball business with his own men’s traveling team, felt that not only were women ready to play basketball at a high level, but that people would turn out in large numbers to pay to see them play. From his home base in Cassville, Missouri, he recruited the best female basketball players he could find and formed the All American Red Heads — the very first women’s professional basketball team to hit America’s roads and operate successfully. Playing against men’s teams by men’s rules, the Red Heads barnstormed across America, playing a grueling schedule of one-night stands and winning the vast majority of their games. Other barnstorming women’s teams joined the Red Heads as barnstormers, including the Ozark Hill Billies, Arkansas Travelers, Texas Cowgirls, Southern Belles and others. In the years and decades that followed, these groundbreaking women dismantled the wall of gender stereotypes and barriers regarding women, each victory over men taking another brick out of the wall.

Barnstorming America — Stories of the Pioneers of Women’s Basketball tells the story of the women who helped reshape America’s attitudes toward women in sports and paved the way for today’s professional women’s leagues. Award-winning historian and author John Molina interviewed over 80 veterans of the barnstorming wars and their families, recording their experiences both on and off the court. The result is a treasure-trove of anecdotes and stories that paint a vivid picture of life as a professional women’s basketball player — something almost unthinkable before 1936.

“For the first time in history, the stories of basketball’s First Ladies come to life in John Molina’s Barnstorming America. Through their own words, tales of past glories fit neatly into the broader context of a bygone era. These basketball barnstormers paved the way for today’s modern game, and it is high time we hear their stories and celebrate their victories. Barnstorming America is must-read material for any basketball fan.”

“It is ‘A League of _eir Own’ mixed with a bit of ‘Forrest Gump’ in chronicling American History and Women’s Basketball at the same time. … John Molina has taken his love for the game and for those who gave it their best and woven tales that are important to the fabric of women’s basketball and women in our society in general. A terrific piece!”— Chris Voelz, Executive Director, The Collegiate Women Sports Awards

“Barnstorming America does for women’s basketball what ‘ They Played the Game’ did for Major League Baseball and ‘Only the Ball was White’ did for the Negro Baseball Leagues. It is a must read from a historical Americana point as well.”

“It is of paramount importance that we remember and honor the contributions of those who have come before us, and that we reinforce the significant impact the game of women’s basketball has had on individuals and our society as a whole. … We know that we stand on the shoulders of giants. Thank you, John, for sharing these priceless stories with us. I loved the book!”

“With great clarity and an abiding commitment to his subject matter, Mr. Molina has written a masterpiece. Anyone interested in the remarkable history of women’s basketball will find Barnstorming America—Stories from the Pioneers of Women’s Basketball highly informative and a great read.”

John Molina, author of "Barnstorming America," joined Brad Bobo on the Drive on KNEA to talk about how the book came to be, the history of women's basketball in the US, and more. 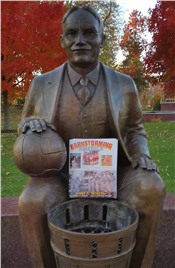 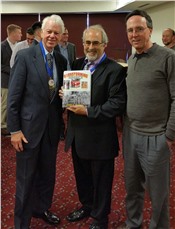 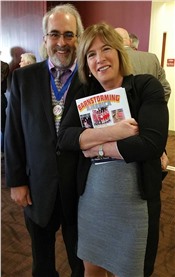