Basses and Guitars: The Huckabee Collection

It has been said that Mike Huckabee is a different kind of politician.

And this book profiles his different kind of guitar collection.

The former governor of Arkansas was a stereotypical youngster who was mesmerized by the Beatles’ appearance on The Ed Sullivan Show in 1964, when he was eight and a half years old. He’s been fascinated with basses and guitars ever since, and has played numerous brands and models over the decades.

Mike’s collection dates back to an “identical twin” of his father’s 1934 Gene Autry cowboy guitar, and he also has his first electric guitar from 1966. Both of those instruments are on display herein (along with their stories) as are dozens of basses and guitars he’s collected in more recent times, including autographed guitars and custom-made instruments.

BASSES AND GUITARS: The Huckabee Collection is an informative and entertaining look at an assemblage that is a unique part of the guitar collecting phenomenon.

A stereotypical Baby Boomer who loves guitars, Willie G. Moseley is the Senior Writer for Vintage Guitar magazine and news editor emeritus for The Tallassee Tribune. He resides with his family in rural Alabama (“Hank Williams Territory,” he says). Basses and Guitars: The Huckabee Collections is his fifteenth book. 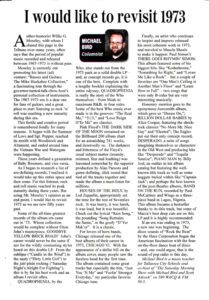