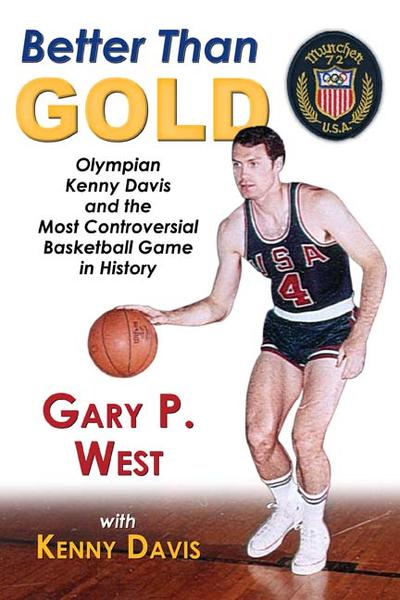 Olympian Kenny Davis and the Most Controversial Basketball Game in History

Throughout Kentucky, many thought basketball was as close to heaven as you could get and still be on earth. And the great round ball temple that cast a giant shadow when it came to popularity and influence was in Lexington, Kentucky. That shadow extended all the way to Wayne County.

The Kentucky Wildcats were the young men many throughout the state worshipped, and they felt if you were a really good basketball player you would play for Adolph Rupp.

That was the criteria used to judge the talent of a basketball player in Kentucky. In spite of this belief there were other Kentucky colleges turning out championship teams: Ed Diddle and John Oldham at Western; Peck Hickman and Denny Crum at Louisville; Paul McBrayer at Eastern; and Cal Luther at Murray.

Kenny Davis didn’t go to the University of Kentucky …couldn’t play for the Wildcats. And though he only stayed 10 weeks, he did go to Western Kentucky. But then on his way to enrolling at the Air Force Academy, something strange happened. He stopped off at Georgetown College, planning only to stay there for a semester, perhaps not even playing basketball.

Suddenly, out of nowhere, his life changed.

Just as in high school, he started shooting the basketball again and again and again. His knees would flex and his legs would launch him effortlessly into the air, all the while his eyes aimed at the rim in front of him. The artistic flick of his wrist sent the ball up and out toward the basket. And more often than not the song his shot played was string music to anyone who saw it.

Coach Bob Davis saw it, and though not related, Kenny Davis, Bob Davis, and Georgetown College would forever be connected.

Three college All-American years later, against all odds, Kenny had played in the World Games, Pan American Games, playing the game he learned in Wayne County on five continents. Heady stuff for a boy who had never traveled outside of Kentucky until he went to college.

But the best was yet to come.

The crowning achievement of any American athlete would be to become an Olympian. More often than not it can define one’s life. To play basketball on the world’s largest stage had become a dream come true, but in the big picture of life’s progression, it was no more important than when he became a Wayne County Cardinal.

From Monticello to Munich, the basics of basketball remained the same: dribble, pass, shoot, rebound and defend.

No one questioned at any level the competitiveness of Kenny Davis. Early on when it came to competition he was in a tuxedo, while everyone else was still in their pajamas. But then as he advanced, it wasn’t long before other tuxedos began to appear.

Basketball became insignificant, however, when a group of terrorist slipped into Munich’s Olympic Village and murdered 11 Israeli athletes, thus changing the Olympic world (1972). Suddenly the game Kenny had played all of his life didn’t seem as important as it once did. Kenny got to come home… they didn’t.

The powers to be, and rightly so, declared that anything less than continuing the Games would be giving into the terrorists.

With all eyes watching, the Americans played the Russians in what became the most controversial ending to a basketball game in history. This game helped to define who Kenny became, and he didn’t score a point. Those 12 silver medals Kenny and his teammates refused to accept are today locked in a room in the Olympic Museum in Lausanne, Switzerland.

It’s all in these pages, including how Kenny sold millions of tennis shoes during a 40-year career with Converse shoes.

“Over the years, I’ve met hundreds if not thousands of great athletes, but Kenny may be the most humble great sports legends of them all.”

“As much of a tragedy it was for us not being awarded what we had won, a gold medal, the real tragedy was the Israeli hostages that died at the hands of the terrorist. But we got to come home and they did not.”

“He (Kenny) woke up every day in his life to make a difference. And he did. His ethics, morals and self-motivation are an example to anyone who ever met him.”

“In my opinion, Henry (Iba) won three Olympics…(he) was the most innovating coach in the history of the game in terms of what he did defensively. It required smart players who could concentrate.”