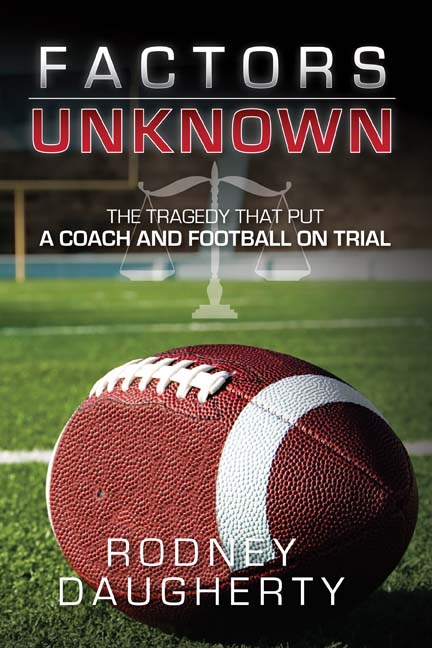 The Tragedy that put a Coach and Football on Trial

It happens every year. Oh, we never get used to it. We don’t want to. But it is as predictable as the blooming of spring, that first annoying mosquito or another tornado ripping through the Midwest. There will be bad news coming this summer – every summer. As young men across America begin training and conditioning their bodies in sweltering summer practice sessions for that ever-demanding, grueling battleground of athleticism known as football, we all know it will happen. Somewhere, somehow, somebody is going to die. And we’re going to read about it, wonder and mourn. Usually it’s high school, sometimes college, occasionally even a pro, but as they fight on, overcoming pain, fatigue and fear, the process is designed to bring out weakness. But this discovery can prove fatal.

On a sultry August afternoon, as teams were practicing all across the nation, it proved too much for a young sophomore at Pleasure Ridge Park High School in Louisville, Ky. He gave his all and then collapsed, never to rise again. But this time was different, very different. The media hubbub said so. As the rumors spread, the accusations flowed and the din about the tragedy reached a fevered pitch. With the local newspaper’s persistence, the Commonwealth of Kentucky and its prosecutors could wait no longer. Their actions would make history. For the first time ever they were going to bring criminal charges against a high school football coach for the death of a player. They sensed something really had happened this time. Some unknown factors precipitated this tragic outcome and they were going to get to the bottom of it all. Somebody would pay for this – in prison.

This is that story, the case of Coach David Jason Stinson and, ultimately, the sport of high school football, on trial.

A must-read for parents, student athletes and coaches of any sport, Factors Unknown reveals the frightening truth about the aftermath of the Max Gilpin tragedy. After a practice that was no different from practices conducted all around the country, Coach Stinson endured a legal nightmare unique in the annals of sports. Factors Unknown paints a vivid picture of the conflict between the justice system and scholastic athletics.

Factors Unknown is a masterful effort at setting the record straight about the preposterous persecution of a good and decent man, Coach Jason Stinson. The tragic death of Max Gilpin was compounded by the reckless attack on Coach Stinson. Factors Unknown sheds the light of truth on this sad story.

Having played football in the 1960s, when most coaches banned water from the practice field, and having grown up in the same community as the Stinson family, I’ve been mesmerized by the events following the tragic death of Max Gilpin. This book reveals insider information that will sweep the nation. Factors Unknown is an illuminating and riveting work depicting the perfect storm surrounding Coach Stinson, while touching the heart.