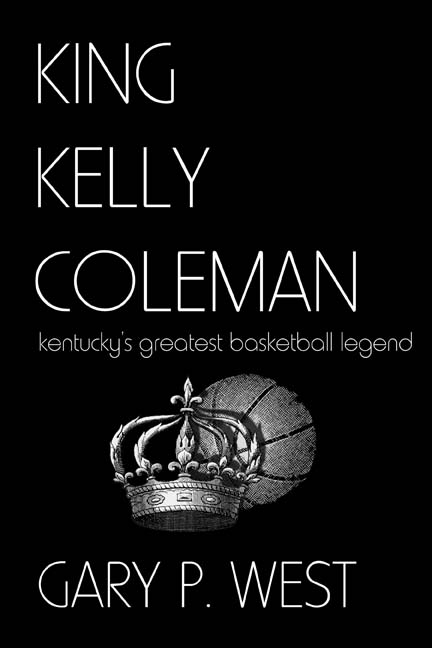 In a state where the love of basketball itself is legendary, there are its rare heroes who also, through the dispassionate lens of history, rise to legendary status. When that legend rises so far above the others as to acquire mythical or rather, folk hero, proportions – and then enigmatically vanishes- you have King Kelly Coleman.

This shy, humble mountain boy blessed with extraordinary talent and drive captured Kentucky’s hearts and its all-time record books with performances that have yet to be equaled – even half a century later. Never before in print, the authorized King Kelly Coleman story, is told by award-winning author Gary P. West, from actual interviews and information from Coleman himself.

“…A portrayal of who is arguably the best high school player to ever have played the game of basketball in the Bluegrass.” – Larry Conley, University of Kentucky Wildcats, 1964 – 1966

“Kelly Coleman was one of the most exciting players in Kentucky’s history, and his legendary feats are still being talked about today. This book sets the records and stories straight.” – Joe B. Hall, Former head basketball coach, University of Kentucky

“A must read for the basketball fan who wants to know the real story about Kentucky’s greatest basketball legend, King Kelly Coleman.” – Wes Strader, Veteran announcer of the Boys Sweet 16 Basketball Tournament and Western Kentucky University