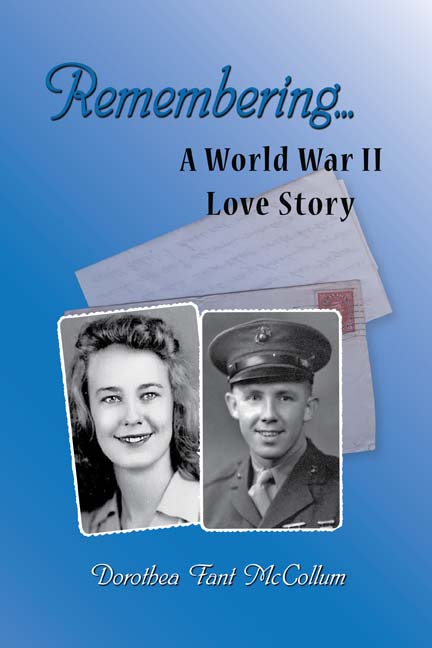 On a cold, winter day in 2008, Dorothea McCollum, an 85-year-old widow living in Hamilton, Ohio, pulled down two boxes from the top shelf of a closet. Those boxes contained nearly 1,000 letters that she and her husband Bud had written to each other during World War II. They had remained untouched since the couple had moved into their new house in 1949. But once she began opening the envelopes and unfolding sheet after sheet of yellowed stationery, she found herself transported back in time nearly 70 years to her days at Fairfield High School where she was valedictorian of the Class of 1940, and where she started dating Marvin “Bud” McCollum.

The letters began as casual hellos from Bud, a U.S. Marine stationed at Cherry Point, N.C. But as the War dragged on, the words became warmer, chronicling both their daily lives and private thoughts, and over time revealing the deep feelings they shared, evolving into the stable appreciation and respect they would enjoy throughout their married lives. A lengthy postscript traces what happened to Bud and Dorothea after they were wed on July 5, 1946, including three children, five grandchildren, one great-grandchild, two hugely successful careers in education, and a rock-solid relationship. Sports enthusiasts may recognize Bud as one of the most renowned high school basketball coaches in Ohio’s athletic history, with a state championship in 1962.

This book is for World War II veterans who want to travel back in time, for baby boomers who wonder what Wartime separations were like for their parents, and for young adults who want to learn how to build steadfast relationships to last a lifetime.