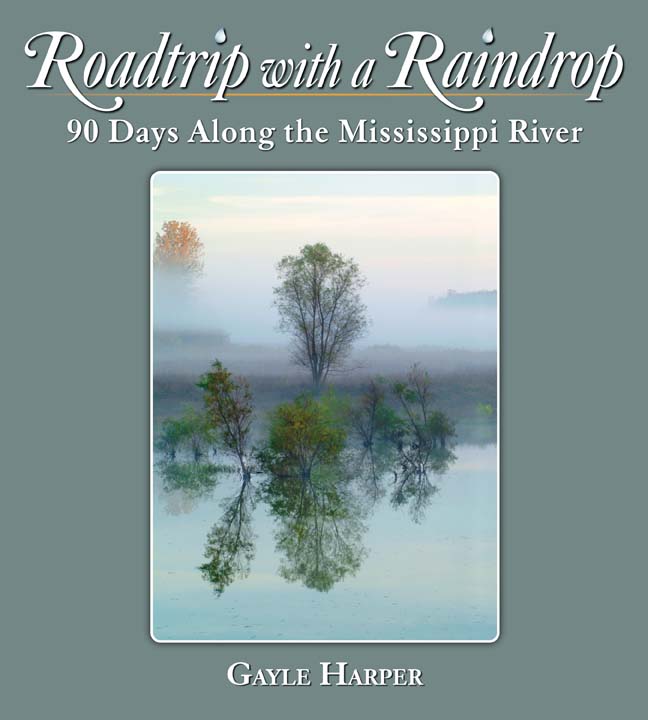 Roadtrip With A Raindrop

90 Days Along the Mississippi River

A raindrop that falls into the headwaters of the Mississippi River in Minnesota will reach the Gulf of Mexico 90 days later.

When I learned that, my world was sent spinning in a new direction. I knew in that instant that I would make a 90-day road trip, following the entire course of the Mississippi River, while keeping pace with an imaginary raindrop that I would call “Serendipity.”
From that moment on, this adventure has created itself in ways that often seem magical. People offered lodging in places that let me slide body and soul into the local culture. There was a fisherman’s cabin, a trendy downtown loft, a tugboat converted to a B&B, a plantation mansion, a sharecropper’s cabin – and once, an entire 30-room manor!
The Mississippi is one of America’s greatest treasures. It is embedded in our history, our present and our identity as a nation. Along its roughly 2,400 mile journey, it is transformed from a tiny creek into an immense force of nature. It passes through dramatic changes in geography, climate, culture, lifestyles and accents.

“…a beautiful, warm and intimate portrait, as stunning to look at as it is to read…It’s an exterior trip that prompts an interior journey.”

-From the Foreword by Bob Krist, Photographer for National Geographic Traveler and Smithsonian and 3-time winner of "Travel Photographer of the Year."

“I love the spirit of this project. So many ways to wander this world!”