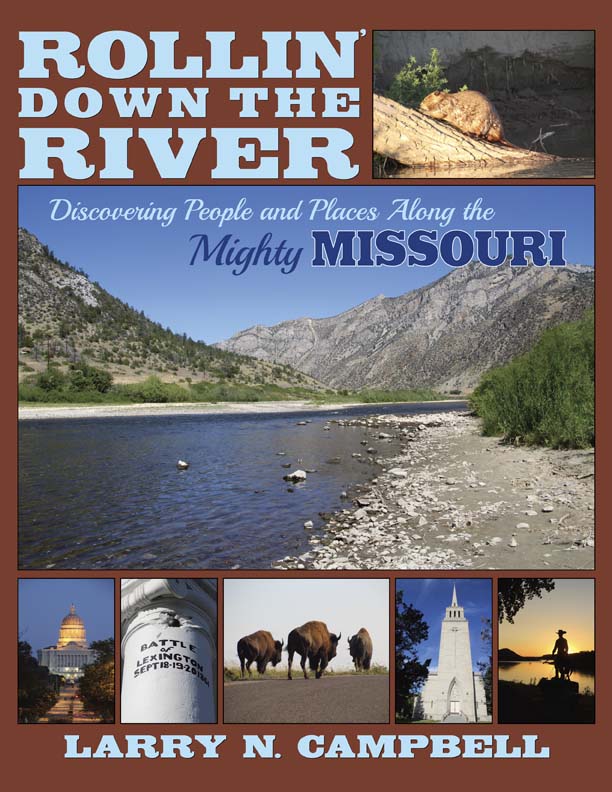 Rollin’ Down The River

Discovering People and Places Along the Mighty Missouri

It started with an inherited idea and ended with an amazing roadtrip!

Having learned of a similar trip taken on the Mississippi River by Gayle Harper, described in her 2014 book Roadtrip with a Raindrop (Acclaim Press), author Larry Campbell remembers thinking, “what a neat idea – wouldn’t that be fun to do on the Missouri?!” The thought simply would not go away, and, within a few months, he knew he must pursue this new dream.

During the summer of 2016, therefore, Larry set out from Three Forks, Montana, and followed the Missouri River (by car) from its source all the way through seven states of the Upper Midwest and Midwest to its majestic confluence with the Mississippi River near St. Louis.

Join Larry as he revisits his magnificent adventure through pictures and stories of the River, its life, and its culture.

Experience the breathtaking scenery that adorns the 2,341-mile path of the River. Visit the historical sites along the River—many marking the exploration of Lewis and Clark more than two centuries ago. Visit the various ‘river cities’— both large and small—along the way.

And finally, meet the fantastic hosts and colorful personalities the author encountered and befriended during what he called “the trip of a lifetime on what is arguably the most unique river in the world!”