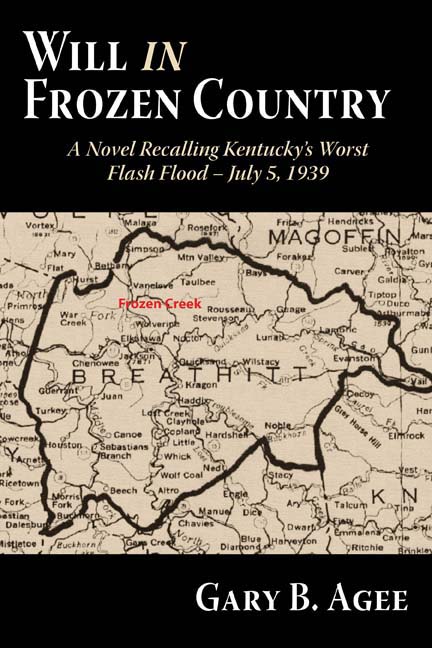 Will In Frozen Country

With the aim of attending Mt. Carmel High School, 14-year-old Will Callahan moves to Kentucky’s Frozen Creek Country in the late spring of 1939. With his mother, brother and sister, Will attempt to rebuild a new life after the untimely death of his father. Instead, the worst flash flood in Kentucky’s history leaves him orphaned. In the aftermath, Will meets the larger than life Lela McConnell, founder of the Kentucky Mountain Holiness Association. Her organization, which had built a Bible college, also suffers a terrible setback in the same deluge. Nine people associated with her work are killed in the freakish, almost apocalyptic-like storm, which took the lives of more than 50 in Breathitt County – and another 25 in and around the town of Morehead. One of Lela’s mission workers, Missouri Turner – a cousin of Will’s – seeks to support him after the tragedy. An incident between them, however, complicates their relationship.