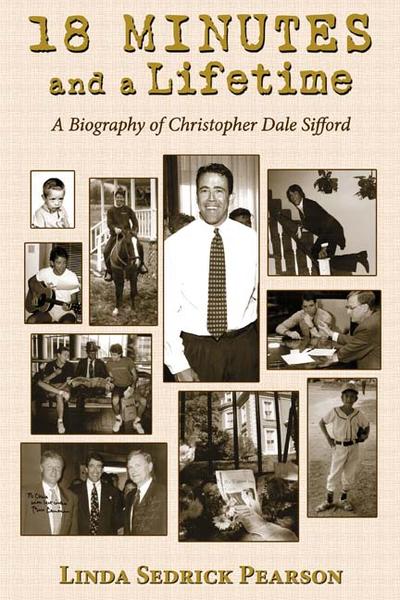 18 Minutes and a Lifetime

A Biography of Christopher Dale Sifford

A Biography of Christopher Dale Sifford

On October 16, 2000 at 7:33 P.M., a Cessna 335 airplane carrying Missouri governor Mel Carnahan, his son Roger, and senior aide Chris Sifford went down in the Missouri countryside near the town of Goldman, killing all aboard. Three of Missouri’s finest were lost that day, and the memory of one still inspires many in the town of Puxico, Missouri.

18 Minutes and a Lifetime… is a celebration of the life of Christopher Dale Sifford, from his childhood in Puxico, through his school years, working as a journalist in both the radio and print industry, and finally on to his job working for the people of Missouri on the staff of Governor Mel Carnahan.

Well-researched and beautifully illustrated, this amazing, never-before-told story gives insight into Chris’ wit, humor and affable personality, and a look in the close bonds of kinship he enjoyed within the Sifford household as well as the many friends he made through the years.  A loving son, brother and public servant, Chris Sifford will be remembered forever. 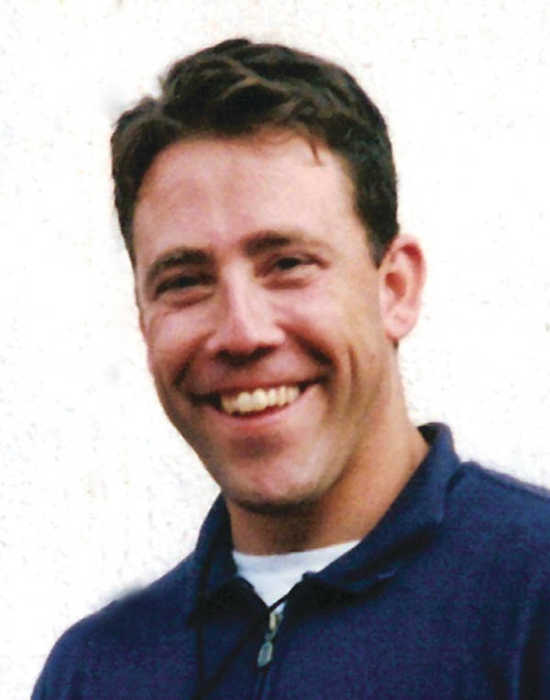 Few from Stoddard County will ever forget the news that came late on a dark, stormy night in October 2000. A plane carrying then Gov. Mel Carnahan, 66, his son Roger, 44, and Puxico native and senior aide to the governor, Chris Sifford, 37, had crashed en route to a Democratic rally that was planned to take place in New Madrid.

News of the plane crash sent shockwaves through the area, but nowhere more so than in the small town of Puxico where Chris Sifford was raised. The days that followed saw a sea of media in the little town whose residents until that point knew every face in town.

Hundreds came to mourn the death of their favorite son, who many thought would aspire for the governor’s seat some day. Chris Sifford was a striking figure, both physically and intellectually, and the town of Puxico was proud of every accomplishment of his that had led him to the position of senior aide to the governor.

Over eight years following Sifford’s tragic death comes a book that celebrates and defines his life. Linda Sedrick Pearson, an author from Fisk, working with Acclaim Press out of Morley, has completed the story of Chris Sifford called, 18 Minutes and a Lifetime. The title represents the time span from the moment the ill-fated Cessna 335 took off from the St. Louis Downtown Airport in Cahokia, Ill. until the time it was reported missing from radar on that fateful night of Oct. 16, 2000.

“I was first approached about a year ago about the writing of this book,” says the father of the late Chris Sifford, Dale Sifford of Puxico.

“I believe that Linda has done a superb job in telling Chris’ life story,” Sifford adds, “and I couldn’t be more pleased with her account and the manner in which she tells of not only the event of his death, but of the whole picture that was Chris. I am very pleased with this writing.”

For Pearson herself, the book was a challenge and one that began as an assignment, but one that quickly saw the development of friendships that will no doubt last a lifetime.

“My goal was to please the Sifford family with this writing, and I think that I’ve accomplished that,” Pearson said this week. “They are an amazing family and this writing has afforded me a tremendous learning experience.”

As told in the book’s acknowledgments, Pearson quickly found herself enveloped in the Sifford family and the small Puxico community.

Pearson has spent the past year interviewing not only the Sifford family, but colleagues and friends of Chris Sifford from Jefferson City to Florida. The book tells of life growing up in the Puxico community in the 1960s, where shoppers at the only market in town are greeted by name when they enter the store and where generations return to their hometown for goatburgers and square-dancing at the annual Homecoming event in the fall.

Chris Sifford, to the town of Puxico, was more than just a hometown hero. He was known for his integrity, his wit, his charm, and for having never forgotten his humble beginnings. Everyone, it seemed, was proud to call him “friend.”

It was no easy task for the Sifford family, including Chris’ siblings, Morgan Sifford and Sue Anne Sifford to relive the fateful day of 2000 through the writing of 18 Minutes and a Lifetime, but both express in the book that they are grateful for the opportunity to assist in Pearson’s telling of their brother’s life history.

The book is affectionately dedicated to the memory of the mother of Chris Sifford, the late Margaret Anne Sifford, who died suddenly in 1992.