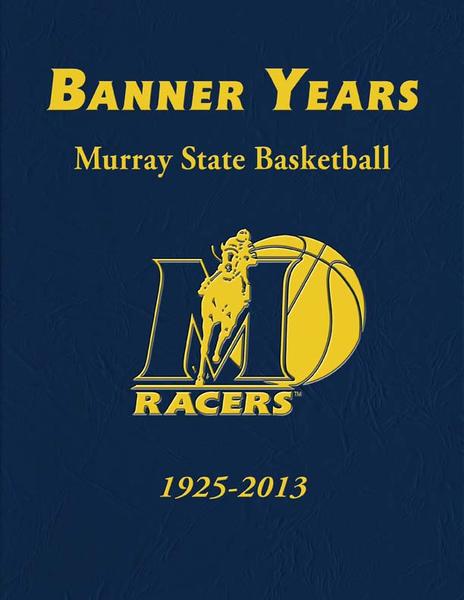 Mike Strickland had the Midas touch when it came to selecting MSU head basketball coaches, first choosing Scott Edgar in 1991 and then Mark Gottfried in 1995 (the Racers won three OVC titles with each as their coach). In hiring Gottfried, who was an assistant at UCLA, Strickland passed on current UNC-Wilmington coach Buzz Pe­terson, who was then a Vanderbilt assistant and had college roommate Michael Jordan as a strong advocate. Do you know the names of two other rising college assistant coaches who made overtures for the MSU position? Hint: One became the head coach at the University of Tennessee and another is now the head coach at Indiana University.

THE ANSWERS AND MORE…
…will be found in the upcoming book, Banner Years: Chronicling Murray State Basketball, 1925-2012
The passion for basketball is legend­ary in the Commonwealth of Kentucky, where success is expected and often de­manded.

These facts must have resonated in 1923 with Judge Rainey T. Wells, the founding father of Murray State Uni­versity, and Dr. John W. Carr, the school’s first president, only months after the state’s General Assembly awarded the city of Murray a college whose academic focus would be on training elementary teachers.

For certain, Murray State has carved its niche in the lore of Kentucky basketball, while also earning a place on the national stage. Coach Billy Kennedy’s 2009-10 Racers won a school record 31 games, including a 66-65 thriller against Vanderbilt in the NCAA Tournament. Is there a hoops junkie who hasn’t heard about MSU’s win over Jim Valvano’s North Carolina State team in the 1988 NCAA Tour­nament, the Racers’ near upset of eventual champion Kansas two days later, or this year’s 54-52 loss to Butler, which advanced the Bulldogs rather than the Racers to the tourney’s Sweet 16? And what university excelled on the hardwood with Popeye Jones, proclaimed “The Round Man of Rebound” on TV by Dick Vitale, as its center?

MSU basketball got its start in the 1925-26 season and has passed the test of time, establishing itself as one of America’s best mid-major programs. Its fans are among the most supportive anywhere, sometimes to the extreme; its natural rivals savor every victory and some now avoid scheduling MSU if they’re asked to play a game in Murray, where the Racers seldom lose.

The book also has colorful anecdotes that readers will find interesting and worthy of reminiscing. Who remembers when Coach Luther was hung in effigy on campus and his comments at the Murray Rotary Club? Read about both happenings in Banner Years: Chronicling Murray State Basketball. The book will be a keepsake for your office, library or coffee table. We guarantee it! 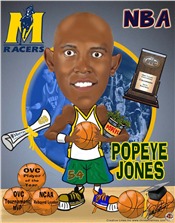 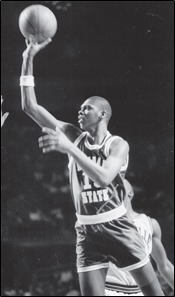