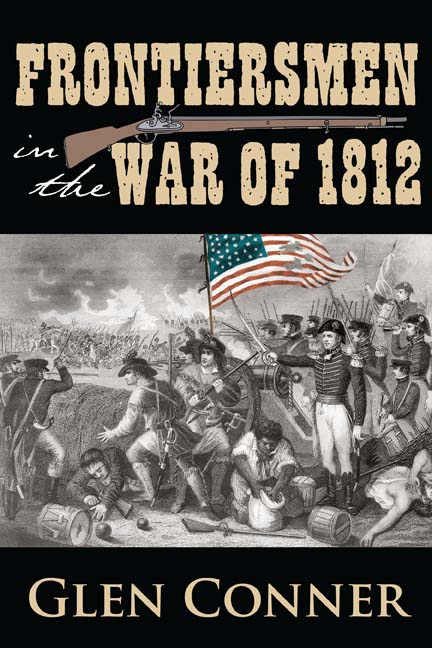 Frontiersmen in the War of 1812

The Kentucky Historical Society annually recognizes people and organizations which have shown a consistent effort to promote the preservation and appreciation of Kentucky history.

On Nov. 11, KHS presented the 2016 Kentucky History Award to Mr. Glen Conner for his publication Frontiersmen in the War of 1812

Some call the War of 1812 a forgotten war, a conflict that doesn’t resonate in the same way as the American Revolution or the Civil War, yet this war was a key event in the development of a young America. Forgotten, too, are the many frontiersmen who fought to preserve American soil against the British and their Indian allies…men who lived, hunted and farmed along the largely unsettled lands between the Appalachian mountains and the Mississippi River, and who cherished freedom above all
else.

In a search to see if a long lost ancestor had served in the War of 1812, author Glen Conner discovered the names and stories of many veteran frontiersmen who lived in the central border areas of Kentucky and Tennessee.

Frontiersmen in the War of 1812 follows the war from its origins to its conclusion, then provides an in-depth look at land grants and pensions issued to frontiersmen following the war, over 150 biographical portraits of the men who served, and geographical features and place names.

May these heroes of old be remembered for all time.

Below is a sneak peek at some of what you will find in Frontiersmen in the War of 1812.

“The frontier militiamen of the War of 1812 resembled the minutemen of the Revolutionary War in many ways. The soldiers in both were poorly trained, poorly equipped, and relatively undisciplined. On the other hand, they were similar in that the call for duty was answered with patriotism, allegiance, and honorable service.”

“The news of the massacre at the River Raisin in January 1813 swept rapidly across the frontier bringing sadness, creating outrage, arousing passions, and renewing love of country. We had the same responses when we heard about the attacks on 11 September 2001, and understand the feelings of the frontiersmen of that day.”

“Frontiersmen who used rifles to kill squirrels had little difficulty hitting a large target such as a man, even at long range.”

“Clearly, the frontiersmen had a major role in ending the War of 1812. The long, cold, hungry walk home was not accompanied by an anticipation of a victory parade, laudatory speeches, or adulation by thankful citizens.”

“Conversations between soldier and civilian are not usually matters of right or wrong, although both may assert that belief. Rather, both are about opinions formed from almost totally opposite viewpoints: the soldier’s specific recall and the civilian’s general knowledge.”