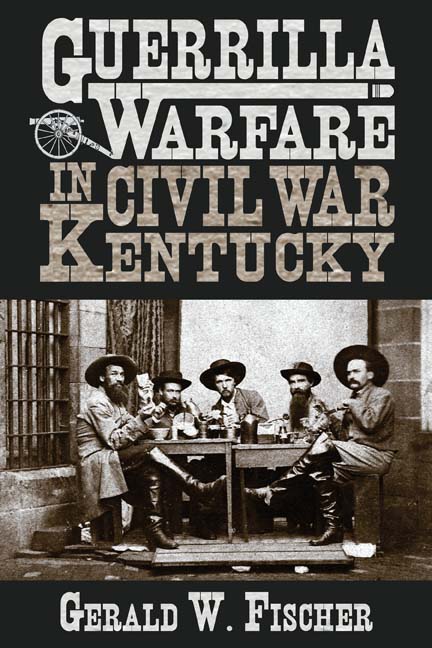 Usually, when people think about “guerrilla activity” during the Civil War, the border conflicts between Kansas and Missouri come to mind, enhanced by tales of Quantrill’s Raiders and Bloody Bill Anderson preying upon innocent townsfolk and civilians. However, guerrilla forces roamed throughout the border states and beyond throughout the entire war, and similar tales can be found in Kentucky, the Virginias, and other areas at a time when loyalties could be found for both North and South.

This is especially true for the “Heartland of Kentucky”, roughly defined by the Pennyroyal and Bluegrass regions in the central/west-central areas of the state — an area declared “neutral” to the conflict but important to both sides.
Guerrilla Warfare in Civil War Kentucky explores the real guerrilla fighters of the region, their exploits and their eventual demise, along with some of the infamous “lawmen and soldiers” assigned to bring them to justice.