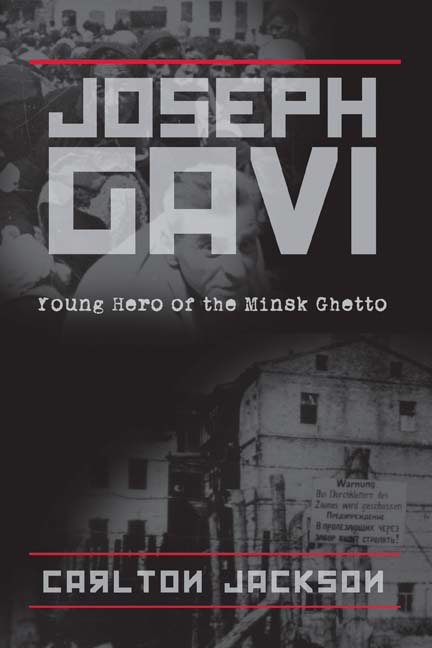 Young Hero of the Minsk Ghetto

What would you do if you were a ten-year-old boy and your city was invaded by a brutal army, your family and friends marched off to work each day – mysteriously, never returning?

This is the shocking but true story of Joseph Gavi, a small Jewish boy growing up in Minsk, Belorussia, during the German invasion of WWII. Relive unspeakable horrors surrounding Joseph’s struggle to simply survive – then to overcome – his brutal oppressors through covert action with the Freedom Fighters. Follow as he rescues more than 200 of his people from the imprisoning ghetto while constantly evading death by execution.

Read in Joseph’s own words the spellbinding detail of each harrowing escape, at times only inches from the promise of a torturous death. Experience the war-time betrayal of “loyal” friends and comrades as his post-war success in his homeland is thwarted by an old enemy, anti-Semitism.  Follow this national hero, mountain climbing instructor and scientist as he resolves to pierce the Iron Curtain and flee to America toward an illusive dream of success.

“The art of relating history is in telling the big world story by means of the small personal one. In Joseph Gavi’s incredible journey, we can follow the greatest events of the 20th century. No Hollywood scriptwriter could have invented this plot believably – the most astounding thing about this ordinary life is how extraordinary it has been.”

“Carlton Jackson has produced an absorbingly written book about a most extraordinary man. It will long stand as a unique contribution to our understanding of the tragedy and triumph of the Jewish people in the 20th century.”

- Hugh Phillips, author Between the Revolution and the West: A Political Biography of Maxim M. Litvinov