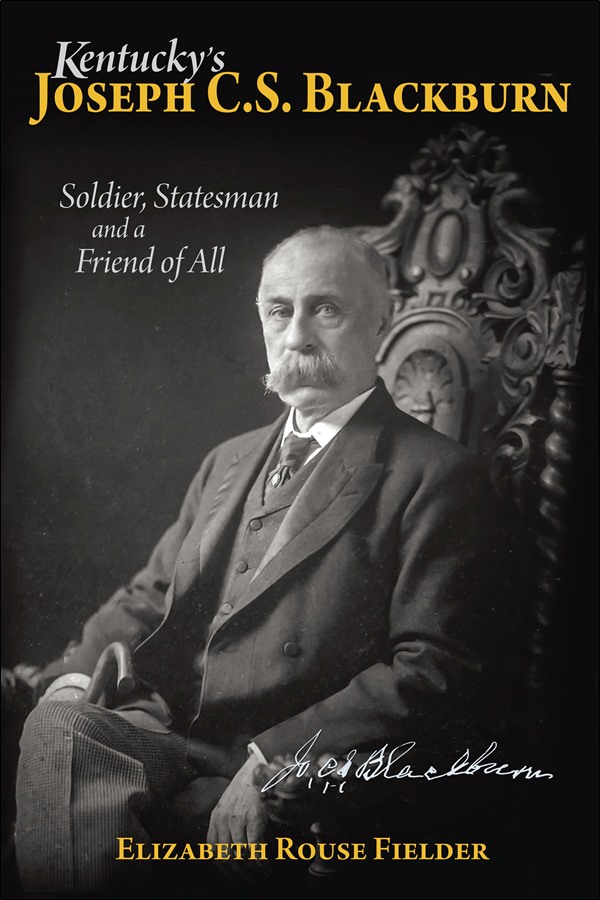 Soldier, Statesman and a Friend of All

Kentucky’s Joseph C.S. Blackburn Soldier, Statesman and a Friend of All is the story of Joseph C.S. Blackburn, a young lawyer who was graced by Lincoln’s help in Illinois, but who turned against Lincoln when he became a Confederate officer in the Civil War. He survived the war to continue his law practice in Arkansas and then Kentucky where he finally began his extensive political career. Fittingly, he concluded his life honoring President Lincoln.

Joseph C.S. Blackburn gained national attention when he revealed corruption in Grant’s Administration while serving in the U.S. House. He expanded his work in the U.S. Senate where he wrote the Organic Act creating the form of government for Washington, D.C. In 1896, he was considered for nomination as the Democratic U.S. Presidential candidate and in 1906-1907 he served as the powerful Chairman of the Senate Democratic Caucus. President Teddy Roosevelt appointed him the first Governor of the Panama Canal Zone, that was followed by his last appointment as the Special Resident Commissioner of the Lincoln Memorial.

Joseph C.S. Blackburn was recognized with tributes across the nation that include: Mount Blackburn in Alaska, the fifth highest peak in the United States; the town of Blackburn, Oklahoma; the Joseph Blackburn Bridge in Lawrenceburg, Kentucky; and the Liberty ship USS Joe C.S. Blackburn.

Written by Blackburn’s great-great-granddaughter, Elizabeth Rouse Fielder, Kentucky’s Joseph C.S. Blackburn, tells the story of one of the Commonwealth’s most important sons of the late 19th century, whose influence helped shaped America, including the development of the Panama Canal and the construction of the Lincoln Memorial.

Blackburn died on September 12, 1918 and is buried in Frankfort, Kentucky. His simple tombstone reads, “He passed through life a friend to all.”