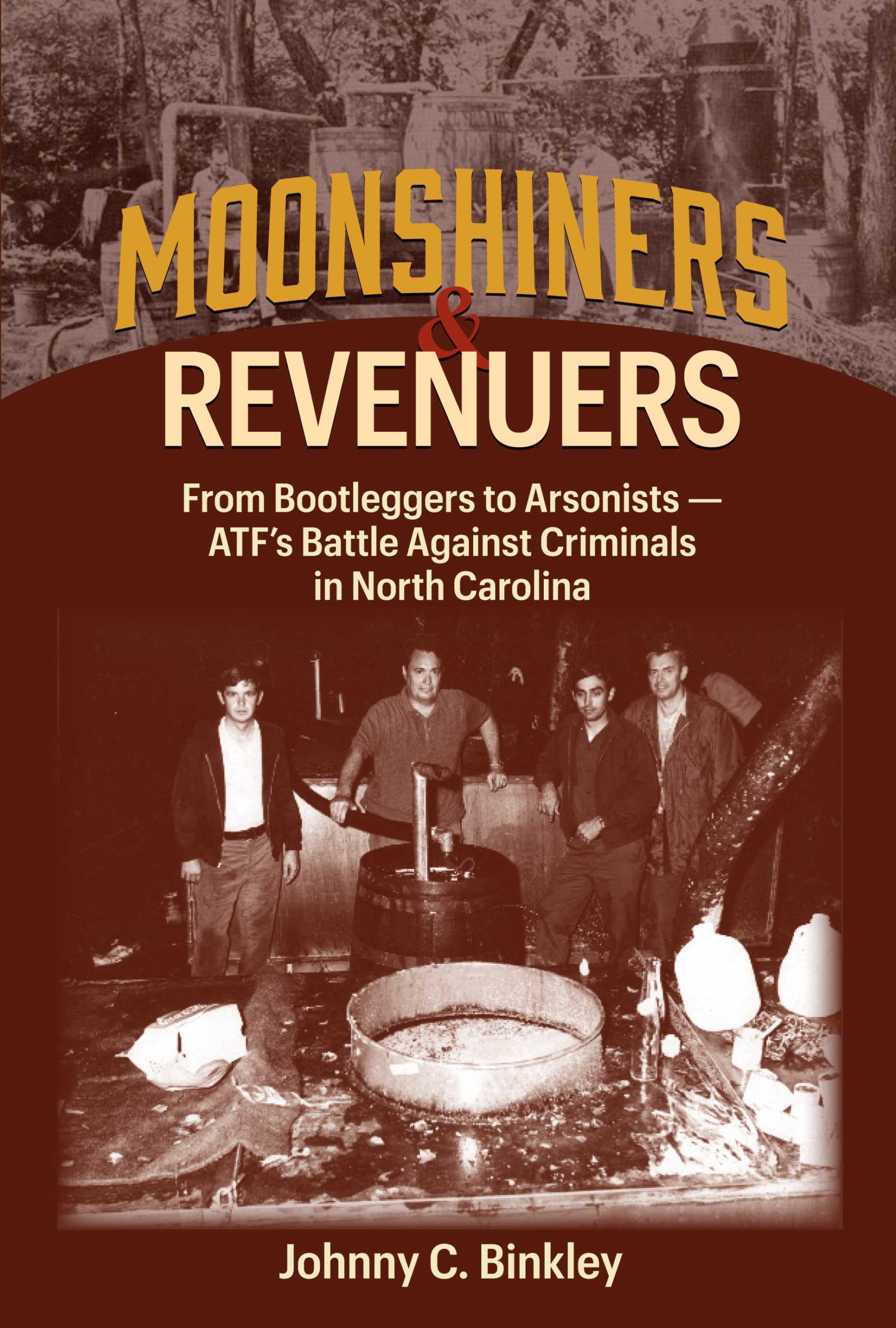 From its early days as a British Colony in the 1700s through much of the 20th century (and even today), the hills, hollers, and swamps of North Carolina have been a hotbed of illegal liquor activity. Indeed, making untaxed liquor has been a way of life handed down from generation to generation. To combat this problem, the US government created a special task force whose sole mission was to enforce federal liquor laws, catch the moonshiners, and seize and destroy their liquor stills and moonshine whiskey.

Moonshiners and Revenuers is the true story of ATF Agent Johnny Binkley and his 25-years with the Bureau of Alcohol, Tobacco and Firearms, from 1969-1994. During his career, the ATF transitioned from being the “redheaded stepchild of the IRS” working moonshine whiskey, to becoming the multi-jurisdictional independent bureau it is today.

Follow Agent Binkley’s career as the ATF transitioned its role from moonshine enforcement, to catching cigarette smugglers, and then to crimes involving explosives and narcotics. More than just a history with facts and dates, Binkley also describes the people (good guys and bad guys), events, situations, and places he encountered along the way.

Read Moonshiners and Revenuers to learn the true story of an era that has come and gone with the changing times…or has it?

Johnny C. Binkley  Johnny Binkley was born and grew up in Chatham County, a rural county in central North Carolina. Growing up on a farm, he learned early on the necessity and value of hard work. After high school, he joined the army during the time of the Cuban Missile crisis. After basic training in Georgia, he was stationed in Maryland at the Edgewood Arsenal and later in Utah at the Dugway Proving Grounds. After his three-year tour, he returned to North Carolina and attended Pembroke State University, and graduating in 1969 with a degre Learn More about Johnny C. Binkley