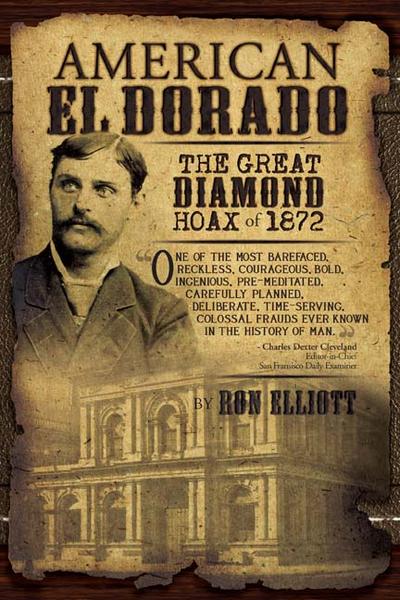 The Great Diamond Hoax of 1872

Long before Charles Ponzi’s name was permanently attached to the word “scheme” and a hundred years before Bernie Madoff mastered the investment con, Kentuckian Philip Arnold put together a plan which, like none before, would bilk rich (and greedy) investors with a “sting” entirely befitting America’s still-wild West. Not content with simply swindling some of the country’s brightest luminaries, politicians and high-profile celebrities of the day, Arnold did so in grand style, making himself and his story the subject of nation-wide headlines.

Award-winning author Ron Elliott takes the reader behind the scenes of this little known and almost too fantastic to be true scam and reveals how a fake diamond mine-induced investors to heap a fortune on its perpetrator and describes his inevitable downfall.

In the years following the discovery of gold at Sutter’s Mill in 1848, which led to the California Gold Rush and Nevada’s silver Comstock Lode in 1859, the largely unexplored American West was prime territory for the next discovery of the untold treasure. So, in 1872 when news of a newly found diamond mine swept the nation, many people were eager to join in the quest for fortune.

American El Dorado is the true story of how Philip Arnold and John Slack, cousins from Kentucky, convinced some of America’s most notable citizens to invest in their discovery of an untouched field of precious stones in an unspecified Western location. So convincing was the scheme that even America’s most famous jeweler, Charles Lewis Tiffany, was taken in. The con game made the pair rich – until the fraud was eventually revealed.

American El Dorado is a story of the lust for riches and the consequences of greed; a cautionary tale which proves that things which seem to be too good to be true usually are.

Ron ElliottRON ELLIOTT, a native of Lincoln County, Kentucky, is a graduate of Stanford High School, Eastern Kentucky University and the University of Kentucky. Ron’s background includes working on the historic Apollo missions and a stint on Kentucky’s community college system faculty. Having a relative involved in the assassination of Kentucky’s would-be governor, William Goebel, piqued his interest in history and launched a writing career. A much-in-demand member of the Kentucky Humanities Council Speakers Bureau, Ron is the author Learn More about Ron Elliott 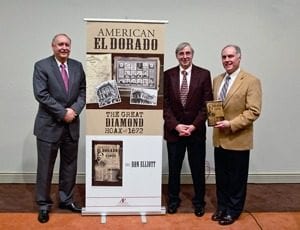 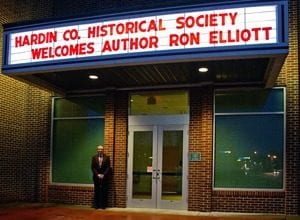 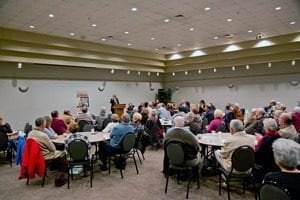