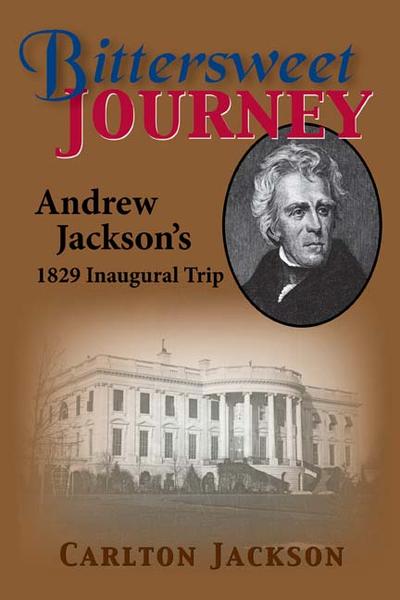 On January 19, 1829, President-elect Andrew Jackson began his three-week journey from his home at the Hermitage near Nashville, Tennessee, to the nation’s capital at Washington City to assume his new role as the seventh president of the United States. What was to be acelebratory trip, greeting well-wishers along the way, was instead a sad time for Jackson, whose wife, Rachel, had died just weeks earlier and was buried on Christmas Eve, 1828.

Bittersweet Journey explores Jackson’s trip along the Cumberland and Ohio rivers, and the overland journey to Washington, the places he visited and the people he met along the way, including many supporters and enemies as well. By comparison, the trip from Nashville to Washington in modern standards would take only a few hours by airplane, or perhaps 14 hours by automobile, but in 1829 it included a steamer voyage up river with stops at the growing cities of Louisville, Cincinnati and Pittsburgh, among others, and then by horse and carriage over dusty, bumpy roads to his new home.

Bittersweet Journey also examines some of the highlights of the Jackson presidency, and his quiet journey back to Tennessee in 1837, where he was laid to rest beside Rachel in 1845.

Author Carlton Jackson has done a masterful job in recording a portion of Jackson’s life that has generally been ignored by historians – this grand journey to assume the presidency of the United States.