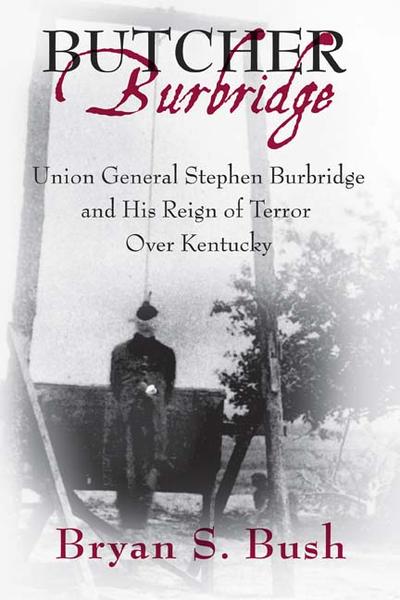 Union General Stephen Burbridge and His Reign of Terror Over Kentucky

How could a man with such a meteoric rise to Major General – praised by Sherman after the battles at Arkansas Post and Vicksburg, and Lincoln himself for his defeat of General John Hunt Morgan – be the recipient of such intense hatred as military commander in Kentucky?

Could it have been arming slaves in a neutral state or issuing the infamous Order 59 to execute four Confederate soldiers for each Yankee death by guerillas? Perhaps it was his unquestioned confiscation of property from anyone accused of having Confederate sympathies or simply because of his presiding over a state that experienced martial law and the suspension of Constitutional rights and habeas corpus.

Discover the answers to such tough and provocative questions in Bush’s thorough and heavily researched work, Butcher Burbridge. See how these tumultuous events still shape our political landscape today.