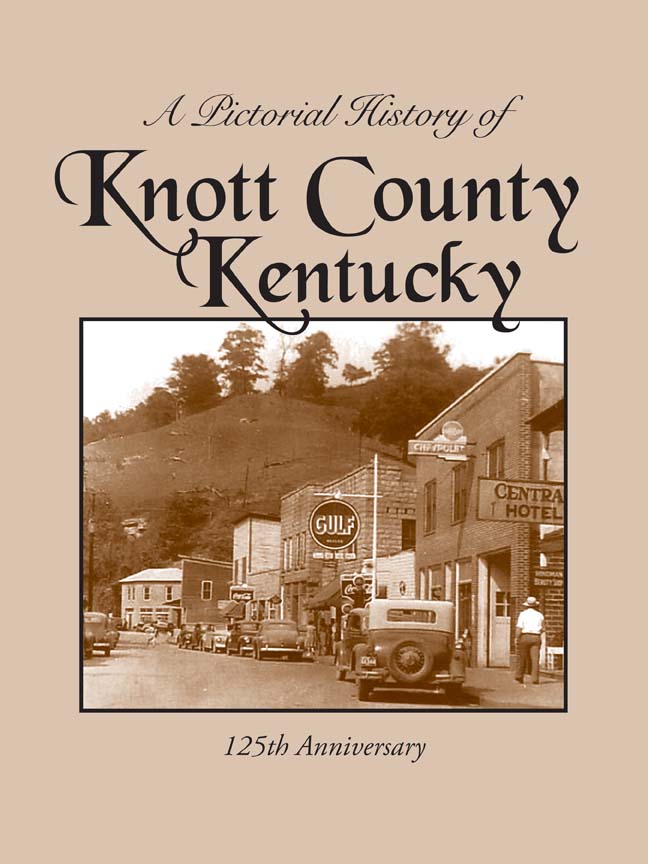 Since the late 1700s, the area that would become Knott County has been home to a unique breed of people known for their hard work, self-sufficiency and loyalty to faith, family and country. From the hunting grounds of the Native Americans and early long hunters, to the farmers and coal miners who have been the foundation of the local economy, to the modern tourism and recreational industries, the people of Knott County are one with the land and proud of their way of life.

A Pictorial History of Knott County, Kentucky commemorates the 125th anniversary and celebrates the history of the many families who have called this land home for generations, with nearly 1,900 photographs depicting how life in Knott County has changed through the years. The images in this book cover all walks of life, including agriculture, buildings and homes, businesses, churches and cemeteries, the coal industry, schools, politics, people and families, and much more. The book also features some of the county’s more prominent businesses, churches, organizations and people.

Read A Pictorial History of Knott County, Kentucky and join us in celebrating the special heritage of the Eastern Kentucky hill country.

The Troublesome Creek Times, which began publication in 1980, has always been a locally owned and operated newspaper. As Knott County’s official newspaper, it has earned its slogan, “The Voice of Knott County.”

The Troublesome Creek Times’ first edition was published in June 1980, with co-owners Ron and Amy Daley, and Mike and Frieda Mullins. The Daleys purchased the Mullins’ interest in the paper in 1984. In August 2000, the Times was purchased by editor Karen J. Jones and office manager Sharon Hall. The two business partners share responsibilities, with Karen as co-publisher and executive editor, and Sharon as co-publisher and general manager.

Some of the Times’ traditions have remained constant for 30 years, such as a strong lineup of community news writers and columnists, and a religious focus. The staff looks forward each year to creating the April Fool’s edition. Other special issues published annually are the Gingerbread Tab, featuring the festival’s highlights, schedules, and honored family; Knott County Answer Book, listing many services, phone numbers, and other information; Graduation Tab, picturing all of our county’s seniors; Back to School Tab with lots of information for students and parents for the coming school year; and Shop at Home Tab, containing Santa letters from primary schools in Knott County. Some of the special sections throughout the year include Spring Home Improvement and Fall Home Improvement.

The Troublesome Creek Times is printed each Thursday by Norton Press in Norton, Virginia. The paper has a circulation of 4,900 and press run of 5,000. It has a readership of nearly 20,000. The Times is a member of Kentucky Press Association, National Newspaper Association, and an associate member of Associated Press.

Send Check or Money Order to: