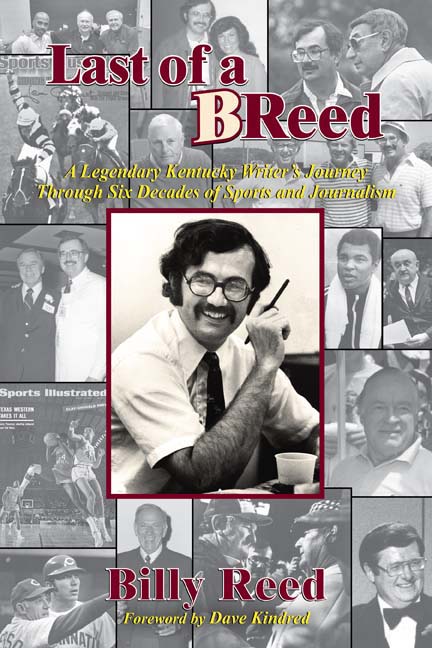 Last of a BReed

In Last of a BReed, award-winning journalist Billy Reed shares a behind-the-scenes look at his career in sports writing, nearly six decades in the making.

One of the most accomplished journalists in Kentucky’s history, Billy thrived during the golden era of sports writing, when the Louisville Courier-Journal published four editions every night before the internet changed the world.

Last of a Breed provides a personal reflection on Billy’s life as a self-proclaimed “ink-stained wretch” and a tribute to his mentors and colleagues who helped him along the way. Through the years, Billy’s clever prose helped fuel the passions of spectators, coaches, players, and trainers alike, and this book gives insight into the craft of developing relationships and creating the stories that defined a generation of athletes.

Campbellsville students will learn from a legend; Billy Reed to oversee internship programs 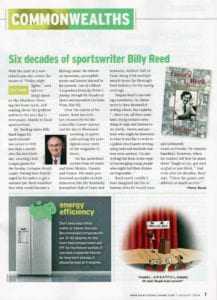 “Only a rare group of writers have the ability to construct words in such a way that you feel you were actually at the event live, and in person. Billy Reed has that talent.”

“Of all the stories in Bill’s book, the ones I like most are those that show how much he bought into Dr. King’s vision that all people deserve to be judged not by the color of their skin, but by the content of their character.”

“No one has his pulse on Kentuckiana sports, its history and how it fits in the national landscape like Billy Reed. We are blessed that Reed also is a wordsmith who enables us to share and delight in this unique vantage point.”