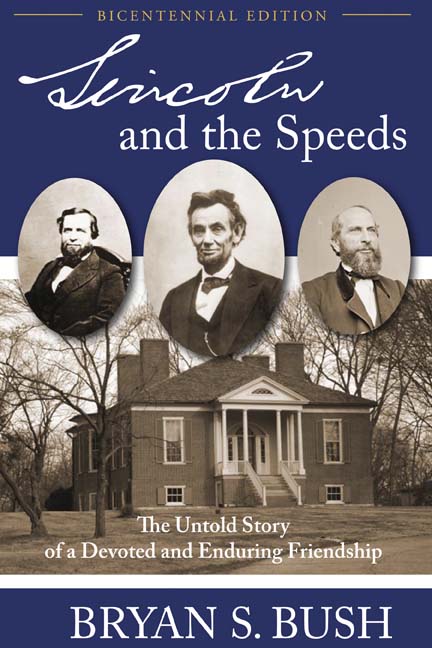 Lincoln and the Speeds

The Untold Story of a Devoted and Enduring Friendship

The book is a dual biography of Joshua and James Speed and tells the story of how closely the friendship between Joshua Speed and Abraham Lincoln continued to affect not only Joshua Speed’s life, but also the life of his brother James Speed. Both Joshua and James were dedicated to the Union, even though they followed different paths. James was a Unionist, emancipationist, abolitionist, and Radical Republican. He entered politics, becoming a state representative and later Attorney-General under Abraham Lincoln and later Andrew Johnson.

Joshua Speed lived his life as a businessman. He differed from his brother and Lincoln on the subject of emancipation, but felt that the issue should not hinder his support of the Union. In April of 1861 after the attack on Fort Sumter, the citizens of Kentucky debated the issue of whether to join the Union or Confederacy. Because of Joshua and James Speed’s loyalty to the Union, Lincoln depended on the brothers to help secure Kentucky for the Union. With their help, Lincoln managed to transport thousands of weapons into Kentucky for distribution among the loyal Union Home Guard.

During the war Lincoln needed trustworthy friends to help him deal with the delicate situation in Kentucky. James and Joshua Speed kept him informed on both the political and the civilian affairs. After Lincoln’s death, James and Joshua helped to preserve his legacy in their individual ways. James became a Radical Republican and fought to gain equality under the law for blacks, even though most of Kentucky did not want to follow the Radial Republican stance on reconstruction. Joshua helped to maintain Lincoln’s legacy by contributing to Lincoln’s memorial and speaking and writing about him.