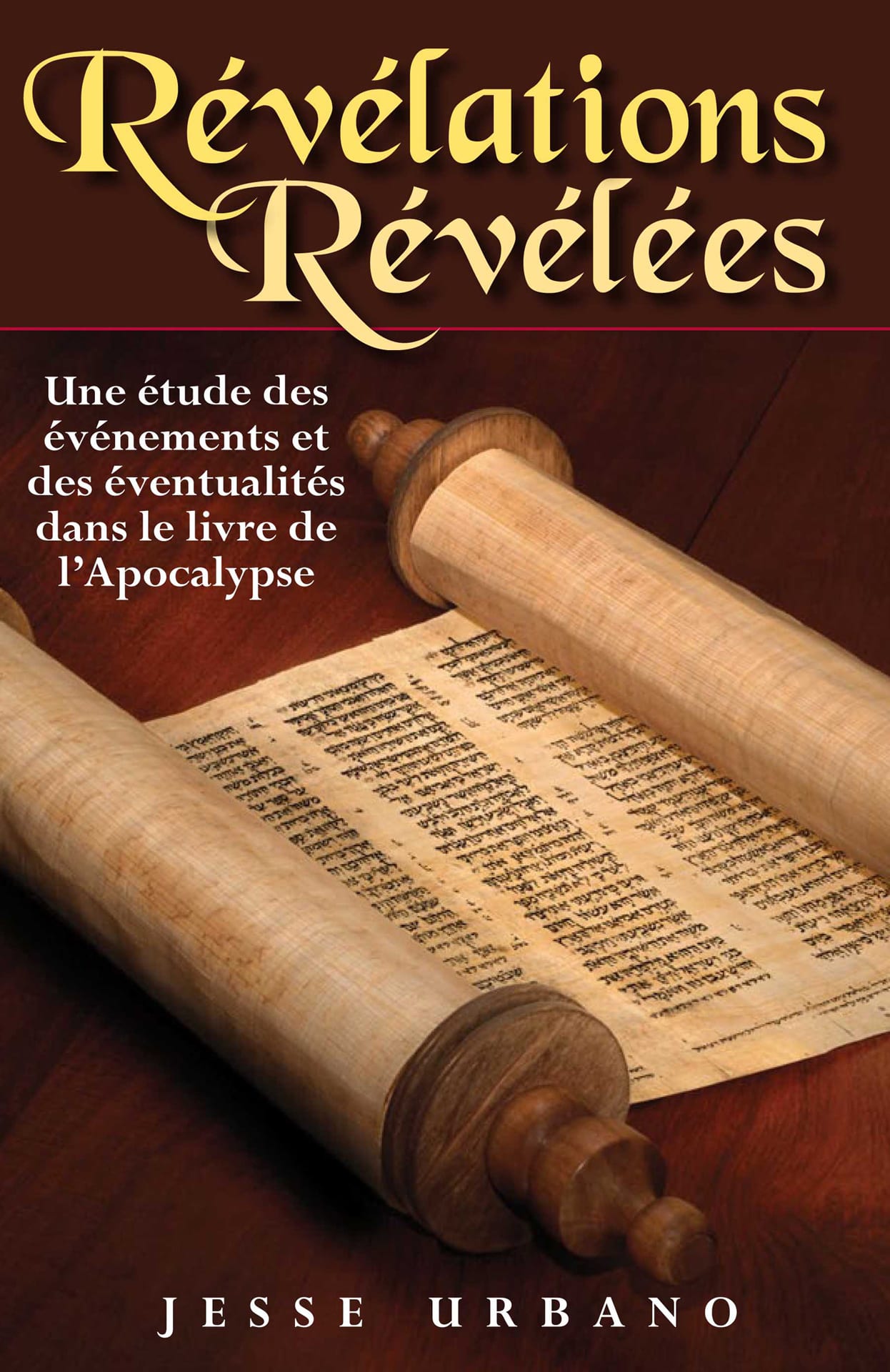 Revelations Revealed: A Study of the Events and Happenings in the Book of Revelation (French edition)

Revelations leave many good Bible readers and students dismayed. Many preachers won’t touch it. Furthermore, scholars, for centuries, have gotten confused, mixing up its elaborate symbols and allegories for the actual and vice versa. How can a book called The Revelation be so concealed? Is it even meant to be understood? Jesse Urbano answers with a resounding YES.

Urbano has gathered and compiled the teachings of many pastors, Bible scholars and historians about this wonderful book in the Bible, systematically breaking it down chapter-by-chapter, passage-by-passage, showing that the book’s author, Jesus Christ, meant for it to be understood.
If you’ve ever wanted to be able to “look into the book” and “hear what the spirit is saying unto the churches,” this is the guide that will help you to do it.

The Book of Revelation is meant to be understood.

Revelations Revealed: A Study of the Events and Happenings in the Book of Revelation (French edition) discusses and explains in simple terms such fascinating subjects as:

“…the wealth of material and careful explanations presented by Brother Urbano are invaluable tools to assist in the understanding of the perspective granted by the Lord through Brother Sowders’ ministry.”
– Brother Stephen R. Wilkinson

“Death has stilled Bro. William Sowders’ voice, but the twenty first century and the body of Christ continues to declare the same warnings that are so clearly pictured in the divinely inspired book of Revelation.”
– Bob Rader