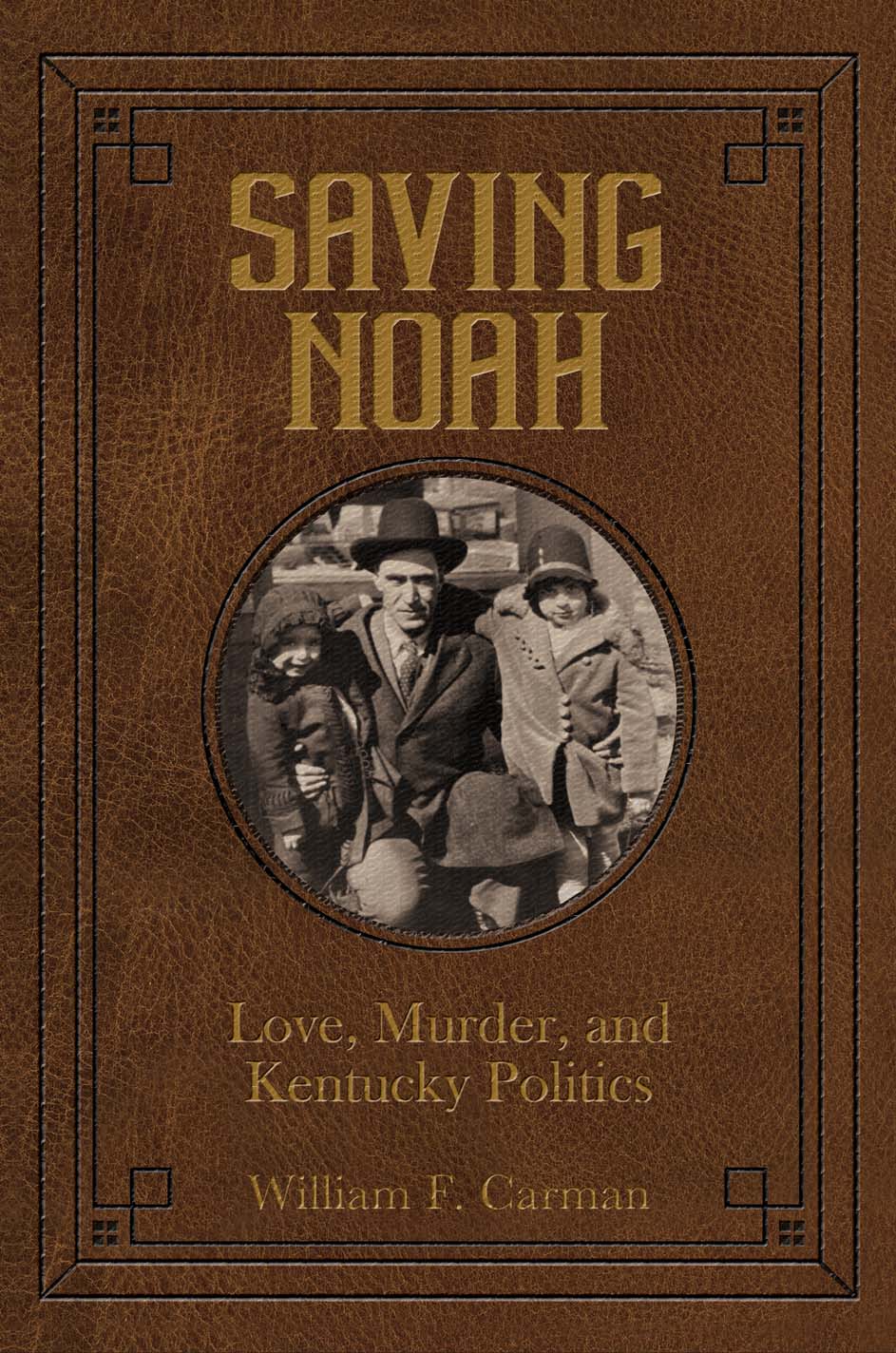 In 1932, Sheriff Noah Tipton of Rockcastle County, Kentucky, was shot and killed on the streets of Mount Vernon. Although arrested and convicted, the killer was soon pardoned by Governor Ruby Lafoon in what can only be described as partisan politics.

In an act of loyalty to their slain sheriff, Noah’s wife Lillie Tipton was named his successor just four days after his death, becoming one of the first female sheriffs in the Commonwealth.

Researched and written by Tipton’s great-grandson, Saving Noah describes the murder, the subsequent trial, and the political dealings that let a killer go free, plus the enduring love of friends and family in small town America.

“The killing of Sheriff Noah Tipton was a tragedy that affected the citizens of Rockcastle County, and especially Sheriff Tipton’s family. Bill Carman has creatively set the scene for this violent event and its aftermath and brought the reader into the world of a sheriff in 1932 Kentucky. We feel Lillie Tipton’s loss, through the poignant narrative and even Lillie’s own words. This family’s story is a great read and its current relevance should not go unnoticed.”  —Jerry Wagner, Executive Director, Kentucky Sheriff’s Association

“Saving Noah, Bill Carman’s beautifully written and well-crafted story of his ancestor, Rockcastle County Sheriff Noah Tipton, tells the story of the 1932 brutal execution style murder of a popular peace officer. It is also the story of the misuse of political power, corruption, and a shameful failure of the judicial system. The author has a gift for storytelling that pulls the reader into the story all the way to its conclusion.”  —Marshall Trimble, Arizona State Historian; Retired Member, Arizona Peace Officer Memorial Board; Columnist, True West Magazine

“Bill Carman’s lyrical writing transports the reader to time and place as he delves into the death of his great-grandfather, Sheriff Noah Tipton. Bill’s personal connection makes the story even better and one that will stay with you long after reading.”  —Becky Kelley, Co-author, More than Blood Reveals

William F. Carman  Bill Carman is a hunting and fishing guide and successful outdoor writer. His stories have appeared in Traditional Bowhunter Magazine, Primitive Archer, TradArchers’ World, Bugle Magazine, and Lexington Family. He won the national Outdoor Life Book Club Short Story contest and has written three books of hunting and fishing essays. Saving Noah is his first venture into the true crime genre. He and his wife live in Lexington, Kentucky, where he is teaching his grandchi Learn More about William F. Carman