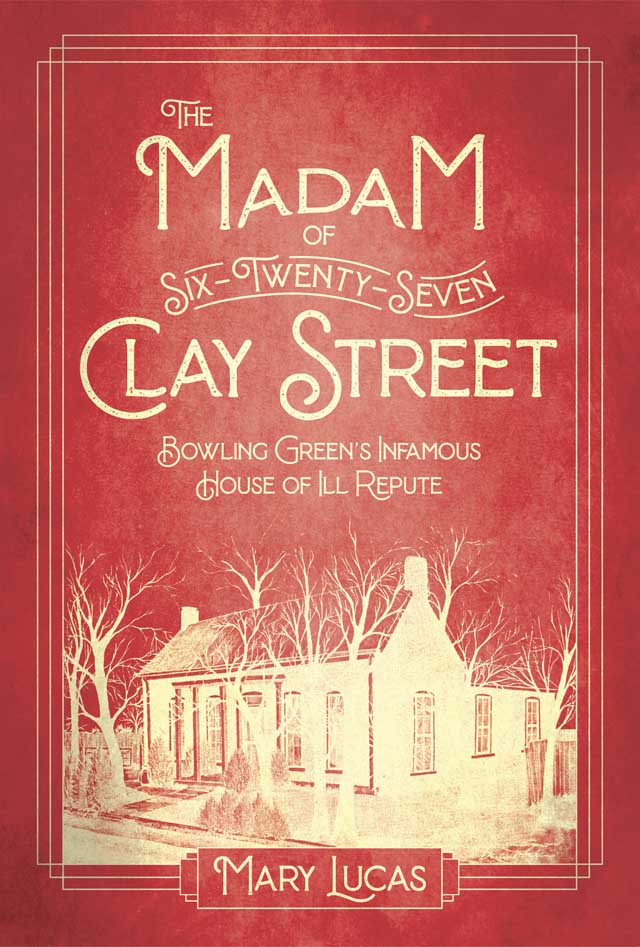 One of Bowling Green’s most colorful characters, Pauline Tabor was known as the Madam at 627 Clay Street for nearly twenty-five years. A single mother during the Great Depression of the 1930s, Miss Pauline entered the world’s oldest profession to support both herself and her two children. However, she quickly learned that it was more profitable to be a madam than “one of the girls”, and so began her career as the owner of a brothel.

Her early days in the 1930s weren’t easy, when the going rate was “three dollars per encounter,” but Pauline was smart and eventually opened her famous house on Clay Street in 1944.

Through the years, Pauline fought against the US Army, law enforcement and the local courts, always seeming to come out on top. During the war years of the 1940s-50s, her close proximity to Western Kentucky State College (later University), and the US Army bases at Camp Campbell and Fort Knox were certainly good for business, and Pauline knew that running a good establishment would keep the boys coming back again and again. However, over time business began to fade during the sexual revolution of the 1960s, forcing Miss Pauline to close her doors in 1968.

The Madam at Six-Twenty-Seven Clay Street tells the true story of Pauline Tabor and many interesting stories of her career in prostitution in the small town of Bowling Green, Kentucky.

Quotes from the book:
“This woman looked like a grandma, not a madam. But she was one of the most notorious madams in the nation, and a very good businesswoman.”
—Mary M. Lucas

“One—never encourage a client who shows signs of falling in love with you, and two—above all, never let yourself become emotionally involved with a customer.”
—Pauline Tabor, advise given to her girls to not confuse sex for love

“Well, I’d charge by the pound, and no one could afford me!”
—Pauline Tabor, when asked what she would charge if she were one of the working girls