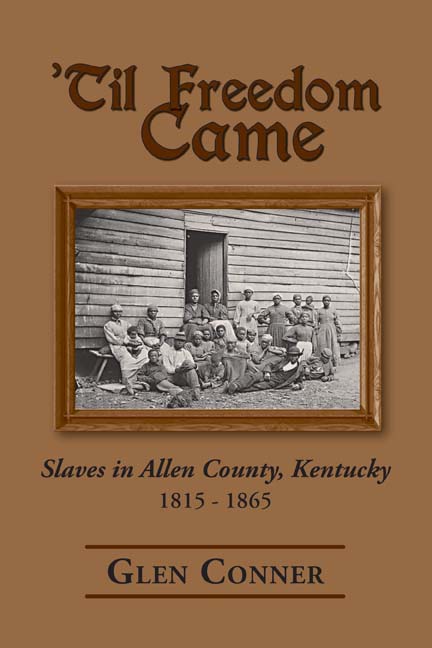 For 50 years, slavery was a way of life throughout the southeastern United States, including the Commonwealth of Kentucky and Allen County. Much has been said about the hardships endured by generations of slaves, and the ensuing fight to live and thrive by freed slaves in the years following the Civil War, but there has been little genealogical information available on the slaves living in Allen County and their owners, until now.

’Til Freedom Came: Slaves in Allen County is a detailed record of the slave era in the county from 1815-1865, with detailed charts and information listing the slaves by year, wills and inheritance records, states of birth, births and deaths in the county, lists of indentured servitude following the war, church rolls, slaves who fought in the Civil War, and more.

Written to assist future researchers in their search of slave ancestors, ’Til Freedom Came: Slaves in Allen County is an authoritative guide to slavery in the region and an important resource for historians and genealogists alike.