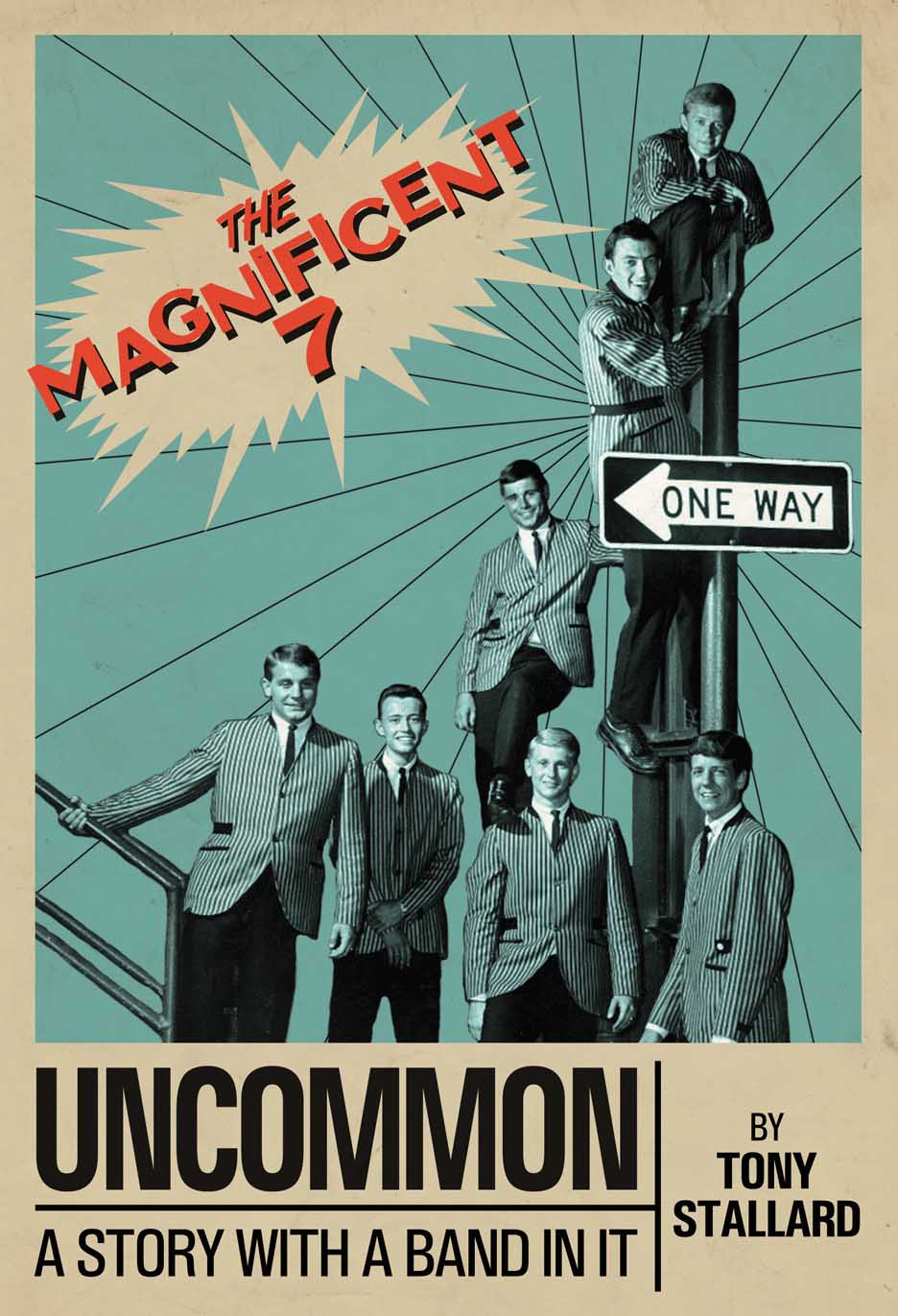 Uncommon: a story with a band in it The Magnificent 7

The 1950s is largely regarded as a decade of music that changed the world with the beginnings of rock and roll, and by the early 1960s teenagers flocked to community sock hops and dance clubs in small towns across America, fueled by the television show American Bandstand and brought to life by local bands who were larger than life.

Uncommon: a story with a band in it — The Magnificent 7, is a must-read for all those Boomers who grew up in central Kentucky during the 1950s & ‘60s, listening to their transistor radios in bed, going to sock hops, watching Dick Clark, or experiencing the “Battle of the Bands.” It is the story of one of those bands — The Magnificent 7 — who ruled the stage in and around Lexington during those early years of rock-n-roll and toured with some of the best acts of the country.

Author Tony Stallard takes us on a romantic look back at his uncommon journey with a band that lived the dream for ten years — from Buddy Holly to Woodstock. It is a wonderful stroll down memory lane that reflects the heart of every rock and roll dream.

“I’ve never thought of Tony Stallard as a hometown boy. His interests are broad. Uncommon: a story with a band in it, wraps the history of the popular Lexington, Kentucky Mag 7 band around local lore, popular culture of the ‘60s and radical cultural and historic changes taking place across the country. Ours were times between innocence and turbulence – between Post-World War II’s Iron Curtain ‘40s, Iron Lung ‘50s, and the Iron Butterfly ‘60s. He vividly captures this zeitgeist as he chronicles the Mag 7’s history and the musical heritage that produced it.”
—Susan E. King, Artist-Writer

“Tony Stallard takes the readers on a romantic historians’ recall of a magical journey through the world of 1960s music. His words are delightful and accurately record a well written first-person view. If you, too, would like to experience what he did along with many of us who were blessed to also live through that unique snapshot in time with him, you will enjoy the gift of the intimate companionship he provides for the ride. He is truly a musician’s musician. Any player, vocalist or fan of the early years will enjoy this wonderful read!”
—Mike Gibson, The Monarchs

“I selected the Mag 7 as the back-up band for Chuck Berry for an upcoming concert at the University of Kentucky. We got hold of the album ‘Chuck Berry’s Greatest Hits’ and the guys did a great job of memorizing all of the tracks and the various keys he sang in. The concert was flawless and at the conclusion, Chuck Berry was publicly very complimentary of these local college-aged musicians.”
—Terry Trovato, Kentucky, 1965

Tony Stallard  Tony Stallard is a writer-musician born in Kentucky. Raised and educated in Lexington, he received a Bachelor of Architecture from the University of Kentucky in 1970. Retired, following thirty-five years as an architect, Tony’s Silent Pictures of creative expression in words and still-photographs, blended with music, presented now and then as Time Train, are passions handled with care. Tony’s poetry and nonfiction pieces have appeared in Kentucky Monthly magazine, The Apalachicola Times newspaper, an Learn More about Tony Stallard