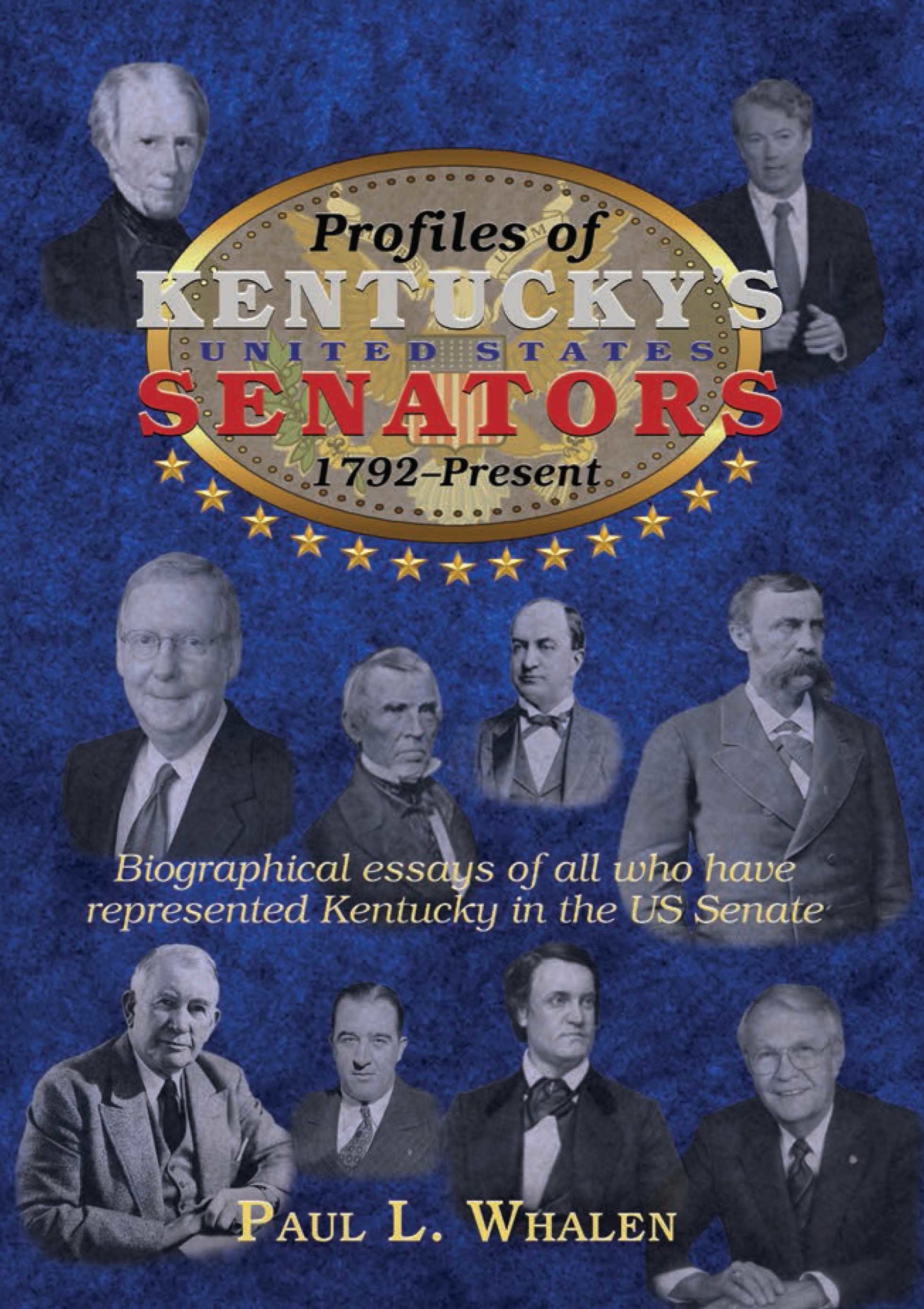 Since 1792, a total of sixty-six men have represented the Commonwealth in Kentucky’s two Senate seats. Through the years, proud Kentuckians have been leaders in that body, including many big names such as Henry Clay, John J. Crittenden, Alben Barkley, and Mitch McConnell, to name a few.

In his book, Profiles of Kentucky’s United States Senators, author Paul L. Whalen presents biographical essays, with portrait photographs, from everyone who has represented Kentucky in the US Senate since its inception.  The book also includes interesting “First and Onlys” for Kentucky US Senators, Senate Salaries since 1789, and US Senators from other states who were born in Kentucky.

This is the perfect library addition to anyone interested in Kentucky’s rich political history, which provides an insightful look at the men who shaped our nation’s history through the years.